This year, Beijing is expected to report growth of 6.5 percent to 7 percent. 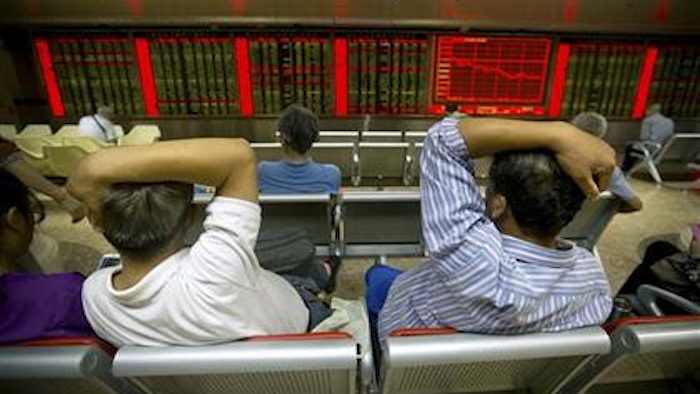 President Xi Jinping is visiting the United States as leader of a China whose image of economic success has taken a beating.

Stock market turmoil and a surprise currency devaluation fueled fears of a Chinese slump with global repercussions. But even a weaker China still is on track to turn in some of the world's strongest growth this year. And some industries including retailing are expanding at double-digit rates.

China's 5-year-old slowdown is self-imposed as the ruling Communist Party tries to steer the world's second-largest economy to more self-sustaining growth based on domestic consumption. Steel and construction suffered as the party put the brakes on an investment boom, but as job creators they already have been supplanted by e-commerce, tourism and other service industries.

"Those touting China's sudden fragility are either exaggerating current problems or have entirely missed the slowdown of the past several years," said China Beige Book, a U.S. research firm, in a report this week. It said China's image might be "more thoroughly divorced from facts on the ground" than at any time since it began conducting surveys of the country's economy five years ago.

Xi started his U.S. visit Tuesday with a stop in Seattle to meet business leaders and visit Boeing Co. and Microsoft Corp. On Thursday, he goes to Washington to meet President Barack Obama.

This year, Beijing is expected to report growth of 6.5 percent to 7 percent. That is down from last year's 7.3 percent but more than double the 3.1 percent forecast for the U.S. by the International Monetary Fund. Only India is expected to grow faster at 7.5 percent.

The slowdown came as no surprise: Economists warned nearly a decade ago the model based on trade and investment that delivered three decades of growth had run out of steam. Communist leaders told the public to prepare for wrenching change.

A falling growth rate also is a symptom of China's success. Its economy passed Japan's in size in 2009 and since then has added another 1 ½ Japans to its output. That means China needs to generate twice as much additional economic activity to keep growing at the same percentage rate.

Some forecasters suggest Beijing overstates growth and the true rate might be as low as 5 percent. Even at that level, China will add almost one Indonesia to its economy this year.

Weakness in shipbuilding, construction and heavy industry are signs of progress in Beijing's campaign to transform a nation of farmers and factory workers into a consumer-driven economy and creator of technology.

E-commerce, restaurants and other services for China's own consumers accounted for 41.7 percent of employment in the latest quarter, well ahead of manufacturing's 34.7 percent, according to government data.

Business at Tiantian Express, a delivery company in the eastern city of Qingdao, has tripled over the past year, according to its operations manager, Sun Qiang. He said its workforce doubled in size to 150.

"There is still big room for growth," said Sun.

Faith in China's ability to surge ahead while the rest of the world struggled was shaken by the collapse of a stock price bubble. Yet the economic meltdown many feared never materialized.

That was due to the fact that, unlike stock markets in the United States or Europe, China's has few links to what communist leaders call "the real economy." The biggest publicly traded companies are state-owned, so traders make decisions based on official policy and availability of credit.

Only about 7 percent of Chinese households own stocks, which is a fraction of levels in the United States, Europe or Japan, so losses had little impact on consumer spending.

After its plunge, the Shanghai Composite Index still is up 42 percent from one year ago, underpinned by a multibillion dollar government intervention to support prices. The Standard & Poor's 500 index of U.S. stocks is down 4.4 percent.

Exports are far weaker than expected, raising the risk of job losses and unrest. Sales of Chinese goods abroad fell 1.6 percent in the first eight months of 2015 compared with a year ago, well below Beijing's target of 6 percent annual growth.

Huang Jianying, owner of a company in Shanghai with 60 employees that produces electrical switching boxes, said he used to export most of his output but switched to promoting domestic sales as foreign demand weakened.

"Sometimes customers ask about the price and after that we never hear from them again," he said.

Still, China is doing better than South Korea and Taiwan, where exports fell 6.1 percent and 8.8 percent in the same eight-month period, respectively. And exports matter less to China than they did in the '90s, when its domestic market was anemic.

Meanwhile, Chinese purchases of foreign consumer products and technology are growing at rates that might surprise pessimists.

In the first half of 2015, U.S. exports to China of aerospace goods rose by 21.3 percent over a year earlier, pharmaceuticals by 14.6 percent and electronics by 10.5 percent, according to the Commerce Department.