Tonhe Electronics is one casualty of Beijing's frantic effort to stop a stock market bust. 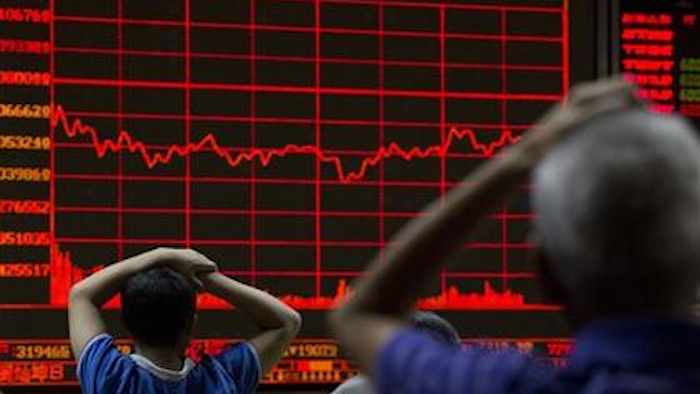 ​Tonhe Electronics is a casualty of Beijing's frantic effort to stop a stock market bust.

The maker of electrical equipment, part of a technology industry the ruling Communist Party wants to promote, hoped to raise 200 million yuan ($32 million) from an initial public offering of stock to build a research and development center.

Then share prices collapsed and Beijing canceled stock sales by Tonhe and more than two dozen other companies as part of its desperate effort to stem the slide. Now the company in the central city of Shijiazhuang is in limbo.

"We have no other fundraising plans," said a Tonhe investor relations representative who would give only her surname, Zhuang. "What we can do now is just wait for the notice to get the IPO started again."

Beijing's scramble to put a floor under free-falling share prices came at a cost China has yet to tally. The boom and bust passed so fast it had little impact on consumer spending. But on top of the public money plowed into buying shares, the intervention disrupted fundraising for small companies and set back efforts to make the stock market a tool for economic reform.

State agencies and companies charged with buying shares to prop up prices has yet to announce what it bought or how much it spent. In a report last month, Goldman Sachs estimated that group, dubbed the "National Team" by financial analysts, spent 860-900 billion yuan ($135-$140 billion) in June and July.

That led to state -owned companies amassing a mountain of shares in other government enterprises, many bought from private investors. That reversed an official campaign to encourage the public to buy shares in hopes "diverse ownership" of state companies will prod them to become competitive and efficient.

"The state, through its rescue, has further increased its ownership of the stock market," said economist Julian Evans-Pritchard of Capital Economics. "They have gone directly against their longer-term reform goals."

The collapse that saw China's main stock index plunge 30 percent after hitting a peak June 12 prompted ruling party leaders under President Xi Jinping to set aside repeated pledges to give market forces a bigger role in the economy.

Regulators canceled IPOs planned by 28 private companies in electronics, food processing and other industries. The 21 that had disclosed details were planning to raise a total of about 8.8 billion yuan ($1.4 billion).

The industries affected play a leading role in the ruling party's plans to transform China from a low-wage factory into a creator of technology and consumer brands with higher-paying jobs and environmentally friendly growth.

Thinker Automation Ltd., a maker of control systems for railways and other industries in the central province of Henan, planned to raise 1.3 billion yuan ($205 million) to expand operations.

Many are in areas away from the prosperous east coast where communist leaders are eager to spur development.

Regulators have begun allowing companies that already are traded to raise money through sales of additional shares but there has been no word on when IPOs might resume.

Analysts saw no "wealth effect" or uptick in consumer spending when the market index more than doubled in value between November and June. They said that should mean little change as share prices sagged. After the first major market fall, July's growth in retail spending held steady at June's 10.5 percent rate.

Wang Pinyue, a piano teacher in the northeastern city of Harbin, said he lost 75 to 80 percent of the 5,000 yuan ($800) he invested. Even though that was equal to half of last year's income, Wang said it hasn't affected his spending.

"But if I had invested more and lost more, I sure would be in a bad mood and short of money. I might cancel a trip or something," said Wang, 26.

One reason for the limited effect is the nascent popularity of investing among China's public.

Even after a rush of novice investors into the market this year, only 7 to 8 percent of Chinese households own stocks, compared with up to one-third in the United States and Europe. Far more own real estate: The average urban Chinese family has 40 to 50 percent of its net worth in housing, which has risen in value this year.

Jing Ran, who operates a coffee shop in Deyang, a blue-collar city in Sichuan, said her profit has fallen by 30 percent from a year ago, but she blames the slowing economy, not the stock price slide. Deyang is home to factories that make construction and factory equipment. Both industries that have suffered as investment and manufacturing weakened.

The stock-trading frenzy pushed up the financial industry's contribution to economic growth in the second quarter, helping to keep it at 7 percent, while other industries cooled.

In the second half of the year, forecasters expect the decline in stock market activity to shave 0.5 percentage points off China's growth. That could make the economy look weaker, even if other industries hold steady.

"Fears of an economic hard landing due to stock market gyrations are exaggerated," UBS economists Donna Kwok and Tao Wang said in a report.