Chipotle To Hire 4,000 New Employees In One Day

Chipotle hopes to counter a tightening labor market with an unconventional hiring pitch. 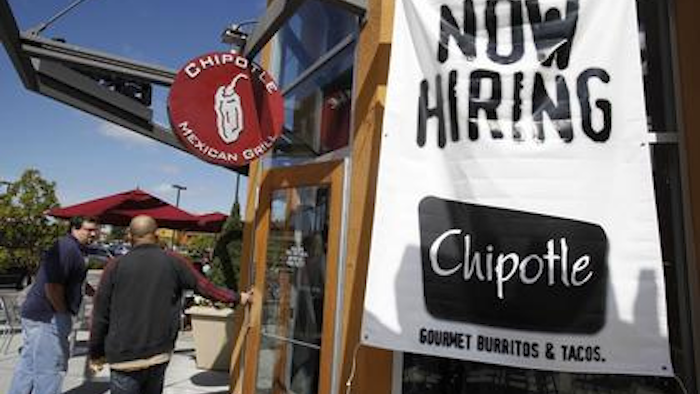 The fast-growing burrito chain invited interested applicants to register for up to 60 open interviews at each of its nearly 1,900 restaurants on the morning of Sept. 9.

The company plans to hire 4,000 workers overall that day, which would expand its current workforce by about 7 percent.

"The economy has been thawing, more restaurants are opening, and there are fewer job applicants than there were several years ago," said Chipotle co-chief executive Monty Moran.

New Chipotle employees generally begin at a wage of just more than $10 per hour, but the company hopes to draw applicants by touting their growth potential at the restaurant.

The chain's “apprentices” reportedly earn more than $50,000 per year while a few hundred "restauranteurs" earn six figures. Chipotle also said that 95 percent of its managers are promoted from its hourly staff.