A further devaluation of the yuan could put Japan in a tough spot. 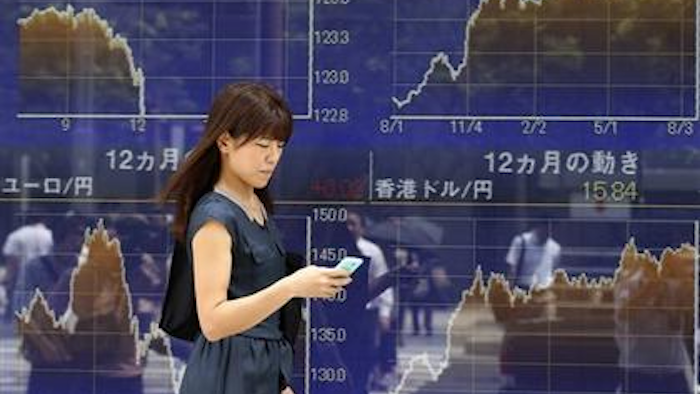 Japanese Finance Minister Taro Aso said Friday that recent moves by China to allow its currency to depreciate are a concern and could pose problems for Tokyo.

"Chinese factors are a big part of this, without a doubt," Aso said at a regular news briefing.

A further devaluation of the Chinese yuan could put Japan in a "tough spot," the Nikkei newspaper and other local media quoted Aso as saying.

It was unclear what sorts of choices Aso was implying Japan might face, but the Japanese currency, the yen, has fallen by over 60 percent against the U.S. dollar since hitting a peak of 75.35 yen to the dollar in October 2011. It was trading near 123 yen per dollar on Friday.

The yen's decline has been hastened by massive monetary easing since 2013 by the Bank of Japan, which is buying trillions of yen in assets each month, seeking to spur growth.

China's decision to widen the trading band for the yuan, partly to make it more responsive to market forces, has raised fears that other countries will also allow their currencies to fall.

While most economists say such concerns are exaggerated, a few countries have followed China's lead. Kazakhstan's currency plunged by over 20 percent against the dollar on Thursday after its government decided to move to a free float to cope with big swings in global currencies and commodity prices. Vietnam also allowed its currency, the dong, to weaken slightly.

The injection of massive amounts of cash into the Japanese economy drove the yen lower, while in turn boosting profits of major corporations that earn a large share of their revenue overseas — and pushing share prices higher.

The strategy is the backbone of Prime Minister Shinzo Abe's effort to staunch deflation, or falling prices due to weak demand, and spur growth by persuading consumers and companies to spend more.

The yuan's decline against the U.S. dollar has had a limited direct impact on the value of the yen. But uncertainty over future policy and over the impact of China's economic slowdown is reverberating across global markets.

"It's not just China. It's the emerging markets in general," said Masamichi Adachi of JPMorgan in Tokyo.

"At the end of the day, it's all coming from China. Brazil, South Africa, many countries are commodity exporters and the final destination is all going to China."