The sharp fall in layoffs in the past two years means Americans are enjoying solid job security. 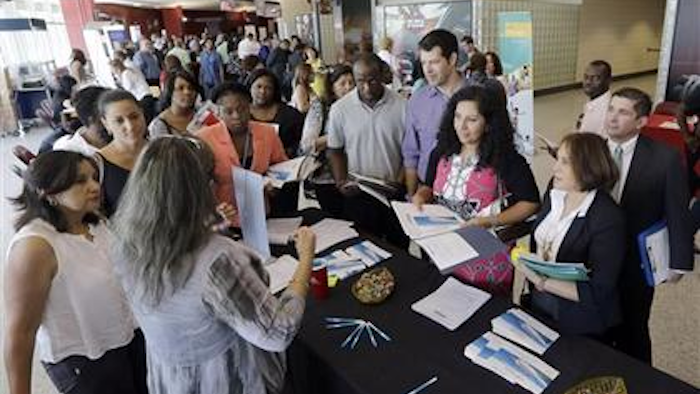 The number of Americans seeking unemployment aid rose slightly last week, yet remained at a low level consistent with a solid job market.

The Labor Department said Thursday that weekly unemployment applications climbed 4,000 to a seasonally adjusted 277,000. The four-week average, a less volatile measure, increased 5,500 to 271,500.

Applications, which are a proxy for layoffs, are near the lowest levels in 15 years. Two weeks ago, the four-week average dropped to its lowest point since April 2000. That is a sign that employers are confident enough in the economy's future growth to hold onto their staffs.

The number of people receiving aid fell 24,000 to 2.25 million. That is almost 11 percent below the level one year ago. Many former recipients have found jobs, while others have exhausted their benefits.

The sharp fall in layoffs in the past two years means Americans are enjoying solid job security. Hiring has also picked up and has continued at a steady pace.

The economy has generated 5.6 million jobs in the past two years, putting more paychecks into Americans' hands. That is boosting spending and helping the economy to grow. But the steady job gains and falling unemployment rate have yet to boost wages.