Fed At July Meeting Appeared To Be Moving Closer To Hike 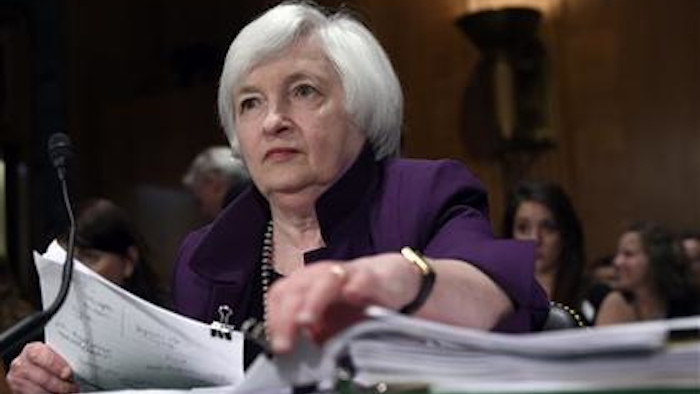 Federal Reserve officials in their July discussions appeared to move closer to their first interest rate hike in nearly a decade but expressed wide-ranging concerns about wages, inflation and a significant slowdown in China.

Minutes of their July 28-29 discussions released Wednesday show that officials believed they were close to achieving their goals on employment. But they were split on whether inflation had risen enough to justify an rate increase.

"Most judged that the conditions for policy firming had not yet been achieved, but they noted that conditions were approaching that point," the minutes said.

On China, Fed officials believed that a big drop in the Chinese stock market would have only limited implications for growth prospects in the world's second-largest economy. However, their discussion occurred before Chinese officials devalued their currency, a decision that roiled global financial markets.

China on Aug. 11 announced the biggest devaluation of the yuan in two decades. The action has raised new concerns about the dollar, which has been rising in value for a number of months. A stronger dollar can act as a drag on the U.S. economy by increasing America's trade deficit, as U.S. exports become less competitive in overseas markets and foreign goods take more market share in the United States.

The minutes said that Fed officials discussed the risks posed by a divergence in interest rates, which would occur if the Fed began raising rates while central banks in other nations kept their rates low. The Fed minutes said that this could lead to a further strengthening in the value of the dollar, which could cause further weakness in U.S. exports and drag oil prices even lower.

The central bank has kept a key rate that it controls at a record low near zero since December 2008. With the unemployment rate at a seven-year low of 5.3 percent, many private economists believe the Fed will finally start to raise interest rates at its next meeting on Sept. 16-17.

However, other economists argue that with inflation still so low, the central bank may decide to wait until December before beginning to raise rates.