There are other signs that the economy is doing better after a rough early year start. 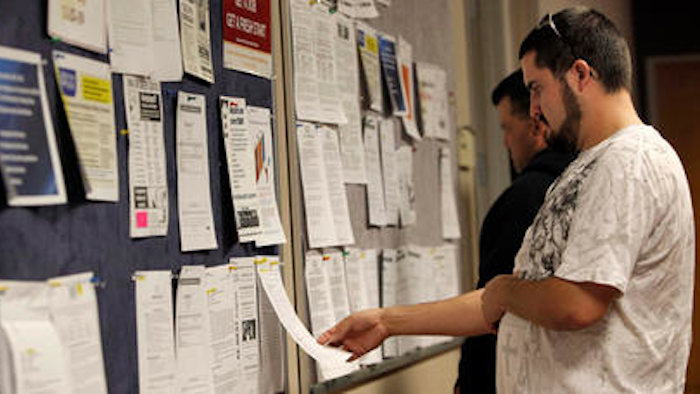 The number of Americans seeking unemployment benefits rose slightly last week, yet remained at a historically low level that points to a healthy job market.

The Labor Department said Thursday that weekly applications for jobless aid increased 2,000 to a seasonally adjusted 279,000. The four-week average, a less volatile measure, rose 3,750 to 278,750.

Even with the increases, both figures remain at very low levels. The average fell to a 15-year low last month. Applications are a proxy for layoffs, so the figures suggest that few Americans are losing their jobs.

In addition to holding onto workers, businesses are also stepping up hiring. Employers added 280,000 jobs last month, the government said last week, a strong showing that suggests businesses are staffing up in anticipation of robust consumer demand.

The unemployment rate rose to 5.5 percent from 5.4 percent, but even that contained some good news: more Americans, encouraged by their prospects, started looking for work last month. Not all immediately found jobs, lifting the unemployment rate.

The number of people receiving benefits rose 61,000 to 2.27 million, the government said. That is just a fraction of the 8.6 million the government counts as unemployed. Some of those out of work have used up all their benefits, while many others aren't eligible, such as recent graduates searching for their first jobs.

Average hourly wages, which have grown at a tepid pace since the Great Recession ended six years ago, ticked up in May and have risen 2.3 percent in the past year. That is the fastest annual pace in nearly two years, though it remains far below the 3.5 percent to 4 percent rate typical in a healthy economy.

There are other signs that the economy is doing better after faltering at the start of the year.

Separately, a survey last week of purchasing executives found that manufacturing expanded at a faster pace in May as U.S. factories received more new orders.