The departure of GE would be a significant blow to Connecticut's economy. 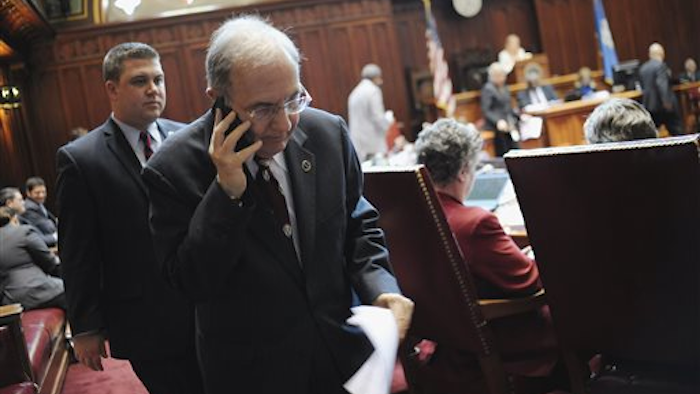 Connecticut's Democratic leaders were willing Thursday to make minor changes to the business taxes that prompted some major employers to threaten to leave the state, but said they won't roll the taxes back and expressed doubt that any of the firms would move.

Their olive branch came a day after the General Assembly adjourned its regular legislative session and passed the two-year, $40.3 billion state budget proposed by Democrats.

The plan includes numerous business tax changes, including higher taxes on computer and data processing services, limits on tax credits, limits on when losses can be reported, and how business income is reported.

Meanwhile, Jeffrey Immelt, CEO of General Electric Co., sent an email to employees Thursday, saying he has assembled an "exploratory team" to review the company's options for relocating from its Fairfield headquarters to another state with a "more pro-business environment." About 800 people work at the site.

Immelt cited "significant and retroactive tax increases for businesses." The hikes passed Wednesday night despite rare public criticism from GE, Aetna Inc., the Travelers Companies Inc. and pharmaceutical company Boehringer Ingelheim. Besides GE, Aetna questioned in a statement whether the insurance giant would remain in Connecticut.

Both the top Democratic leaders of the legislature doubted the new taxes would prompt the companies, especially GE, to move.

"If they're making decisions about what to move and when to move, it's not based on our tax policy. They're not paying any taxes. How much lower can their taxes be in the state," said House Speaker Brendan Sharkey, D-Hamden, referring to GE. "Those decisions are made in a corporate boardroom without any regard to what the tax environment of the state of Connecticut is."

"I think they doth protest too much," he said. "GE, in particular, we understand that they have been planning some layoffs and may be using the bill that we passed as a cover for that."

GE spokesman Seth Martin took exception to Looney's characterization of the company's response to the budget legislation. In a statement, Martin said the company spoke out against the budget because it "needs to operate in a state that allows business to be competitive."

The departure of GE would be a significant blow to Connecticut's economy.

Democratic Gov. Dannel P. Malloy, who has said he will sign the budget bill, said he's spoken with representatives from GE, Aetna and Travelers in recent days and said his administration will continue to work with the companies about their concerns.

Malloy suggested the legislature could make some further tweaks to the business taxes when lawmakers return for a special session to finish some budget-related and other bills.

"It is wise for us to hear their voices and understand what their concerns are," he said.

Sharkey said he's open to making some minor changes, adding how lawmakers "made a lot of tweaks" to accommodate specific concerns when the tax package was first unveiled earlier this week.

Joe Brennan, chief executive of the Connecticut Business and Industry Association, said businesses are reviewing the budget language to see if some changes can be made in a special session to mitigate any potential job losses.

"This is serious stuff. It's complicated stuff. You can't just make it a political argument. You really got to figure out the right path here," Brennan said.

Malloy said he believes there was a lot of misunderstanding about the tax proposals, which prompted national media attention. He also stressed how businesses benefit from other parts of the budget, including a planned cap on local car taxes and other property tax changes, as well as new investment in transportation infrastructure.

"A company like GE pays more in property taxes in Connecticut than they pay in corporate income tax," he said. "We're making real progress on that front."

Brennan said it's difficult to tell how much businesses might benefit from the property tax reforms, also questioning whether they'll actually happen given the state's track record of "breaking promises" on other taxes, such as a proposed phase-out of 25 percent corporate tax surcharge. The new budget extends the surcharge for another two years.

This story has been corrected to show the last name of the company is spelled Ingelheim, not Ingeleim.