Productivity is the key determinant for rising living standards. 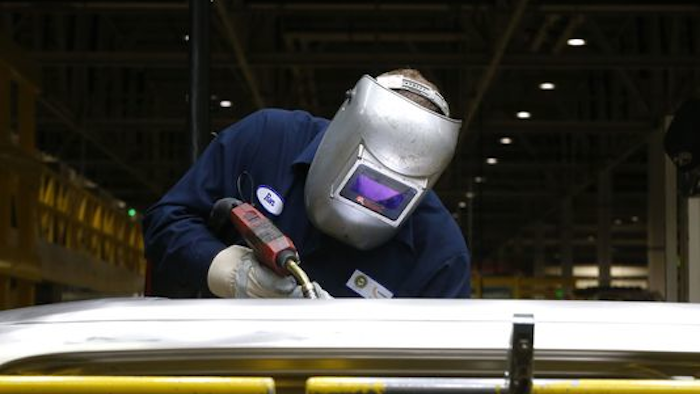 The economy hit a soft-patch in the winter with the overall economy, as measured by the gross domestic product, actually contracting in the January-March quarter. But economists believe growth and productivity is rebounding. Still, productivity, the amount of output per hour of work, has been weaker in recent years and economists are split on the reasons why.

Yet they had anticipated Thursday's numbers given last week's report which revised down the performance of the overall economy, as measured by the gross domestic product, in the first quarter.

The GDP was initially estimated to have grown at a meager 0.2 percent rate in the first quarter but in the revised estimate, GDP was reduced to show economic output actually contracted at a rate of 0.7 percent in the first quarter, the first decline in GDP since an even larger contraction in the first three months of 2014. Both declines reflected in large part unusually harsh winter weather which disrupted various economic activities.

Economists expect the overall economy to rebound in the current April-June quarter as the effects of a harsh winter and other temporary impacts fade.

Productivity is the key determinant for rising living standards. Increases in efficiency allow employers to pay higher wages based on greater output without having to raise the price of their products, which can trigger inflation. There is concern about a slowdown in productivity growth that has been evident recently and economists are split over whether this is a short-term development or a longer-term problem.

The Federal Reserve keeps a close watch on productivity and labor costs to see if inflation pressures are intensifying. So far, however, the long-term rise in labor costs has been well below the level that would set off inflation alarm bells at the central bank. The annual rates of increase for labor costs have averaged just 0.8 percent since 2000, significantly below the 2.8 percent average gains from 1995 to 2000.