The OECD now expects U.S. economic growth to slow to 2 percent this year. 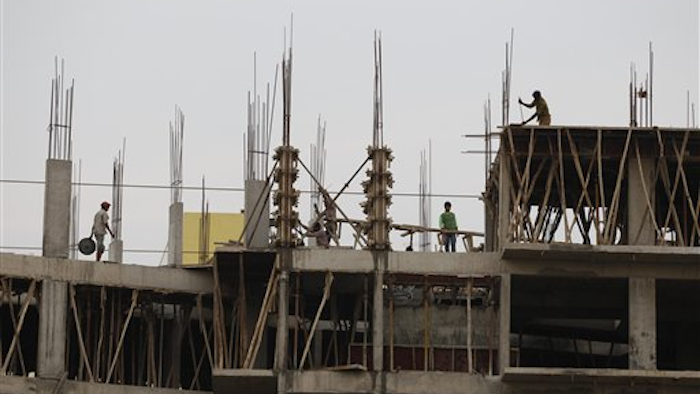 The world economy risks being bogged down in a low growth spiral unless measures are taken to spur demand and incite businesses to boost their stubbornly sluggish investments.

That's the conclusion of the latest economic forecast from the Organization for Economic Cooperation and Development, the Paris-based body made up of 34 of the world's most developed countries.

In its biannual checkup on the world's economic health, the OECD has slashed its forecast for the U.S. economy, where winter blizzards in the Northeast and port disruptions on the West Coast caused a first quarter economic contraction.

The OECD now expects U.S. economic growth to slow to 2 percent this year from 2.4 percent in 2014, compared to March when it forecast an acceleration to 3.1 percent in 2015.

The 19-member eurozone is still expected to grow 1.4 percent this year, unchanged from the March forecast. The OECD also trimmed its forecasts slightly for China and Japan. Overall growth in the OECD is now forecast at 1.9 percent this year, down from the group's 2.3 percent forecast six months ago.

The world economy has suffered from stubbornly weak growth throughout its recovery from 2009's Great Recession. This, the OECD notes, "has had very real costs in terms of foregone employment, stagnant living standards in advanced economies, less vigorous development in some emerging economies, and rising inequality nearly everywhere."

The OECD says weak investment, with growth of little more than 2 percent this year, is partly to blame for the slack recovery. Its forecast of stronger growth in 2016 hinges on its prediction that investment will almost double to 4 percent next year — although it warns that this upturn "could remain elusive."

One consequence of the economy's unusually weak recovery is that unemployment in the OECD region has fallen only 1 percent since its 2010 peak. By 2016, the group warned, 40 million people will be out of work, 7.5 million more than immediately before the crisis.