What The Charter-Time Warner Cable Deal Could Mean For Consumers

Here's what that the Charter-TWC deal and others like it could mean over time. 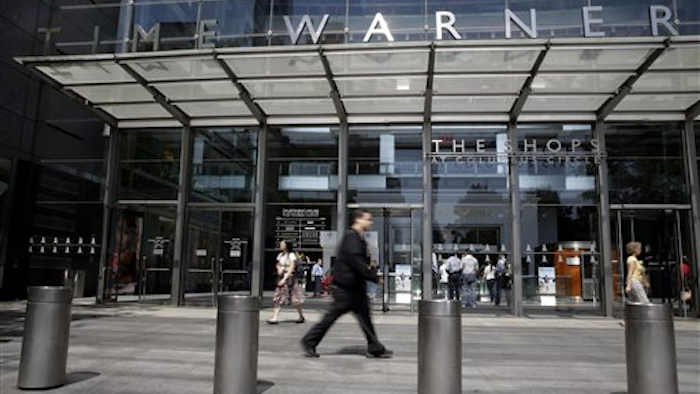 As the Internet has upended their business, cable companies have been racing to reinvent themselves as dominant broadband providers and distributors of online video.

Charter Communications' $55 billion bid for Time Warner Cable, paired with a $10 billion side offer for Bright House Networks, marks the latest in a wave of deals that promise consumer benefits.

Perhaps so. Over the long run, though, critics say the collective weight of such deals may mean higher prices for subscribers.

In an accelerating trend, cable providers now have more Internet subscribers than TV subscribers, according to data provider SNL Kagan. As more viewers ditch TV for online video, competition for eyeballs is intensifying — from the likes of Netflix and Amazon to AOL to music-streaming service Spotify.

Here's what that the Charter-TWC deal and others like it could mean over time:

Cable companies are bulking up as costs for TV channels and sports rise even as the number of cable and satellite TV subscribers slips. The number of such subscribers declined around 500,000 over the 12 months that ended in March, according to data provider SNL Kagan.

Will Regulators Likely Approve These Mergers?

It isn't automatic. Earlier this year, Comcast Corp. dropped its own takeover bid for Time Warner Cable in the face of resistance from federal regulators. That proposed deal would have married the nation's two biggest cable providers with a media powerhouse, Comcast's NBCUniversal. Regulators worried that the combination would be too dominant in high-speed Internet service and might undermine the streaming-video industry that is changing TV viewing.

The Federal Communications Committee chairman, Tom Wheeler, upped the ante Tuesday, saying that "an absence of harm is not sufficient." He said the FCC "will look to see how American consumers would benefit" from a Charter-TWC deal.

In its favor, Charter's tie-up with TWC and Bright House isn't as big as Comcast alone. And it doesn't include a big entertainment company like NBCUniversal that could incentivize it to promote its own content.

Analysts expect the government to approve AT&T's purchase of satellite TV company DirecTV, which does compete directly with the cable guys.

Would A Charter-TWC Deal Serve Consumers?

Time Warner Cable has a terrible reputation for customer service. That could improve in the proposed merger. Charter said it's been adding U.S. customer-service jobs and will continue to do so.

Charter also has simpler offers without a lot of hidden fees, said Jeff Wlodarczak, an analyst for Pivotal Research Group who says he think that the deal would be a net positive for consumers.

Charter argues that TWC customers would receive superior products — from faster broadband to expanded video offerings to additional high-definition channels. Charter says its slowest Internet speed — $40 a month for 60 megabits per second when bought by itself — is faster and cheaper than what Time Warner Cable offers. (Time Warner Cable advertises 30 megabits per second for $55 a month on its website.)

Charter says it would offer that option to Time Warner Cable customers, though prices could always change.

Internet prices have been rising and will likely keep doing so, said Forrester analyst James McQuivey. Still, he cautioned, it's difficult to make any confident predictions at a time of rapid transformation in the industry and rising competition from online video.

"This is really a hard thing to say — because of x, y is going to happen, because there are about a dozen x's in motion at the same time," McQuivey said.

"High-speed Internet access today is a utility" that's essential for education and job searching, Crawford noted. "Yet in American cities, cable is the dominant provider of that private utility and can charge whatever it wants to whoever it wants."

For a provider, being big means you command better prices on TV and sports. That makes it harder for a new competitor like Google Fiber to offer attractive bundles of Internet and TV together.

What About Cheap Internet TV?

Netflix and Hulu start at $8 a month. Amazon's video library is part of its Prime shipping service, which costs $8.25 a month. HBO Now, which gives you HBO content without a cable subscription, is about $15 a month.

But as cable companies get bigger, they may make online video services pay more for access to their Internet customers. That could lead to higher prices.

By getting larger, cable companies can "control change in a more profitable manner," said Nathan Miller, an economics professor at Georgetown University and formerly an economist with the Justice Department's antitrust division. The risk, he said, is that companies can then charge more.

The FCC's new Internet traffic rules, which broadband providers are suing to block, authorize it to investigate arrangements between Internet companies and broadband providers. That authority could help keep costs from rising substantially and being passed on to consumers.

Still, no one knows for sure how the industry's transformation will affect prices.

"What any given deal means in terms of the ultimate price consumers pay — that's a very difficult question to answer," said Amanda Wait, a former Federal Trade Commission lawyer who represents clients in antitrust matters. "The analysis is more than just price. Do consumers have access to more content, higher broadband speeds? All those go into a consumer benefit analysis."