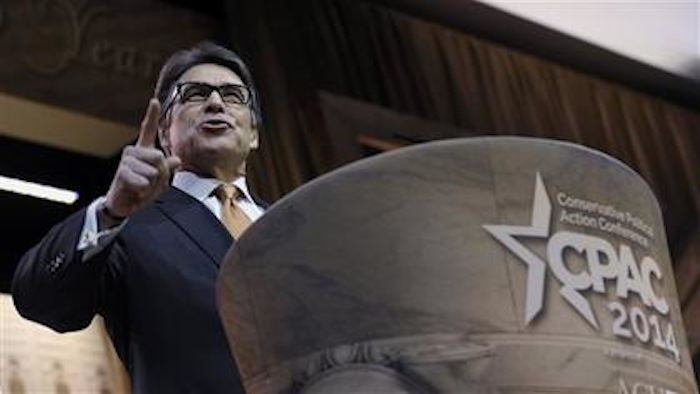 The Texas leader says governors of Democratic-led states, in contrast, are promoting policies that produce higher taxes, out-of-control pensions and fewer jobs. Perry, a 2012 presidential contender, singled out New York and California as states where taxes are too high. He says that moving trucks don't even want to go to California.

The Texas governor was the first speaker Friday morning at the annual Conservative Political Action Conference in suburban Maryland. He is among several prospective presidential candidates at the three-day conference.

Perry says the federal government should stick to national defense, foreign policy and delivering the mail — preferably on time and on Saturday.