Cuban Cigar Boom? Not Yet

The coveted Cuban cigar is set to make its first legal appearance in the U.S. in years, with relaxed guidelines allowing American travelers to return with a few of the once-forbidden items in their suitcases. But the cigars won't roll into stores just yet, and owners say they aren't worried about any dip in business. "I don't think they'll be... 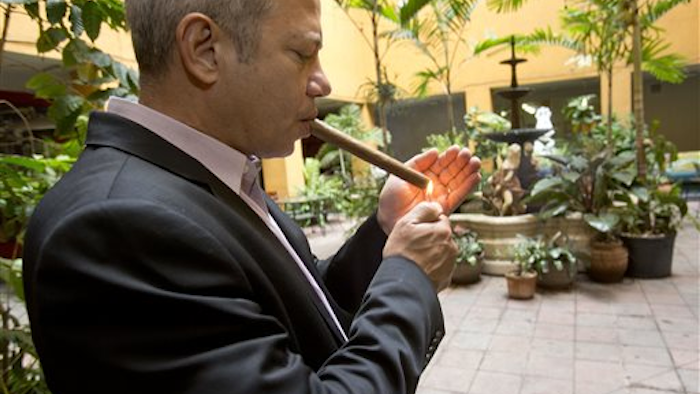 The coveted Cuban cigar is set to make its first legal appearance in the U.S. in years, with relaxed guidelines allowing American travelers to return with a few of the once-forbidden items in their suitcases. But the cigars won't roll into stores just yet, and owners say they aren't worried about any dip in business.

"I don't think they'll be able to afford it. It's not for the average customer," said Erik Otero, who left Cuba when he was 3 and has been rolling cigars since age 11.

Most people won't travel on a regular basis to buy cigars, said Otero, who works at Guantanamera Cigars Co. in Miami's Little Havana. "If anything, it might create a cigar boom because it's going to pique interest again."

Licensed American travelers to Cuba will soon be able to return home with up to $400 of merchandise, of which $100 combined can be spent on alcohol or tobacco products. Experts say that's three to 20 cigars, depending on size, brand and quality.

In Miami, the average customer spends $5 to $8 per cigar, Otero said.

Sampson Clay, visiting Miami from Cincinnati on his honeymoon, stopped at the Cuba Tobacco Cigar Co., where an employee hand-wrapped a cigar in front of a packed store.

Clay said flying to Cuba is too expensive. "I do love my cigars, but I probably wouldn't go down there to get the real thing," he said.

Sitting at the bar of Florida Cigar Co. in Fort Lauderdale, Al Schilleci echoed the thoughts of many aficionados: A Cuban is fantastic, but the quality is declining and cigars from Nicaragua are as good or better.

"I've got some Nicaraguans back in the locker here that I would put up against any Cuban any day," Schilleci, 60, said. "I'd go to Cuba for the destination, but cigars wouldn't be the attraction."

President Barack Obama has announced a host of initiatives to strengthen ties with Cuba, but the embargo on the country remains. Cigars brought back to the U.S. must be for personal use, not resale — same as the rules that existed for travelers before August 2004, when the Bush administration imposed strict restrictions those traveling to the island.

The new trade, travel and currency rules will take effect once federal officials revise publish the regulations, which could take weeks.

Even then, travelers bringing back their allotment of cigars won't affect retailers, said Kip Talley of The International Premium Cigar and Pipe Retail Association, a trade group for tobacconists and suppliers.

"If and when Cuban cigars are allowed to be imported, I think there will be a spike in retail tobacco sales," he said. "The curiosity of a new product in the marketplace will drive people out to try those products."

It's those cigars that attract people to Little Havana. Tour buses stop along a street with a half-dozen cigar shops next to a park where men in wide-brimmed hats play dominos.

For novices, the mystique of a Cuban is the biggest lure. Many consider Cuban tobacco the finest in the world because of its climate, fertile soil, proximity to the equator and hand-rolling technique.

But some longtime smokers say it will take time for Cuban cigar-makers to catch up to more sophisticated productions in Nicaragua and the Dominican Republic, where they're grown by "Cuba people with Cuban seed and are very quality controlled," said Joaquin Saladrigas, a sales rep for cigar line Don Pepin Garcia.

Still, some consumers will buy cigars in Cuba, "get back on their yacht and put them in their locker" for bragging rights, said Jay Shapiro of the Cigar Chamber of Commerce. "It's an ego-driven industry," he said.

Some tobacconists say they would welcome further loosening of the rules. Cuban tobacco could be added to blends for even better-tasting cigars, said Eric Newman, co-owner of J.C. Newman Cigar Co. in Tampa.

Newman said much of the hype surrounding Cubans is tied to its prohibition.

"It's like the forbidden fruit," he said. "Everyone wants what they can't get."