The Keystone Pipeline Debate In The New Year

The Keystone Pipeline debate has been raging for years, but a new Senate makeup in 2015 could signal sweeping changes. First, let’s review the project and the two major sides in the debate. On one hand, the Keystone pipeline project could greatly benefit the U.S. economy, and on the other, it could drastically harm... 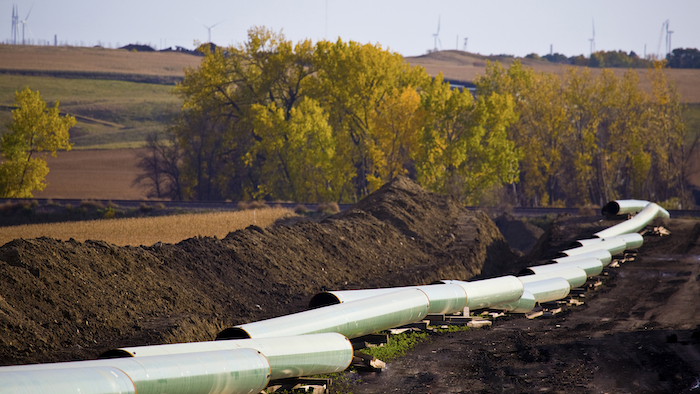 The Keystone Pipeline debate has been raging for years, but a new Senate makeup in 2015 could signal sweeping changes.

First, let’s review the project and the two major sides in the debate. On one hand, finishing the Keystone pipeline project could greatly benefit the U.S. economy, and on the other, it could drastically harm the environment.

In the wise words of an interview subject in NPR’s two-part series on the nature of the debate in a Nebraska farming community at the heart of Keystone controversy, “there’s so much misinformation on both sides, and they don’t listen to each other.”

That is the weird thing about this debate; both sides seem to have valid concerns, and both seem to be earnestly fighting for something “good,” be it American jobs—an estimated 42,000 temporary and 50 permanent—or the wellbeing of the Ogallala Aquifer.

Of course this is a huge oversimplification of the issue, so for more facts on the pros and cons, check out this New York Times article, this CNN article, or any of the other numerous pieces on the subject.

Two more peculiar things about this debate—the sides aren’t evenly split, and they don’t closely fall on either side of the party line. In the same NPR story mentioned above, TransCanada land manager Andrew Craig says that TransCanada has gotten 84% of the landowners in Nebraska to sign on to the pipeline. A poll by the Washington Post and ABC News showed that 65% of respondents approve, 22% oppose, and the rest have no opinion. Sixty-five percent doesn’t seem like much of a majority at first, but for a random national sample that is pretty significant.

But of course, the debate isn’t that cut and dry. The same poll showed that 47% of respondents “think Keystone will pose a significant risk to the environment,” reflecting that a fair number of people want the pipeline despite significant environmental risks. And while a minority of the public oppose it, they have managed to throw a pretty big wrench in the plans by delaying the project for over six years.

This issue also doesn’t follow party lines very closely. Just last month the Senate was one vote short of passing legislation authorizing the pipeline, with all 45 Republicans and 14 Democrats voting for the pipeline and the remaining 41 Democrats voting against it. Despite the lack of a clean cut between parties, pipeline advocacy leans right—and the Senate is about to get a lot more red.

A recent article by The Associated Press reported on incoming majority leader Senator Mitch McConnell’s optimistic response to the vote. McConnell said, "I look forward to the new Republican majority taking up and passing the Keystone jobs bill early in the New Year, “which says a lot about the tone of the debate in the upcoming year. McConnell has been outspoken about his priorities in the New Year, and the Keystone XL pipeline tops the list.

Do you think 2015 will be the year the Keystone XL pipeline debate breaks through the gridlock? Do you think it should? With the price of oil dropping rapidly, is it even economically viable? Comment below.