Detroit is formally emerging from bankruptcy, marking the end of the largest municipal bankruptcy in U.S. history, Michigan Gov. Rick Snyder announced Wednesday. Snyder said during a news conference that the city's bankruptcy will officially end at 12:01 a.m. Thursday, but that paperwork... 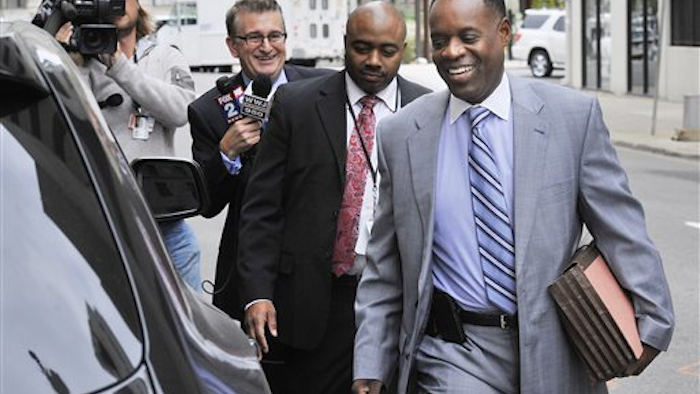 Snyder said during a news conference that the city's bankruptcy will officially end at 12:01 a.m. Thursday, but that paperwork was expected to be approved later Wednesday. He thanked the city's emergency manager, Kevyn Orr, who implemented a two-year budget that eliminates $7 billion in the city's debt.

"We look forward, truly, to a better time for the city going forward," said Orr, who was hired by Snyder last year to take over Detroit's finances. "More importantly it's time for me now to step back and return the city to its regular order."

Snyder and Orr, the attorney who handled Chrysler's bankruptcy, took Detroit into bankruptcy in July 2013, as a last-ditch effort to overcome decades of population loss, a chronic loss of tax revenue and piles of debt that couldn't be managed.

The final plan came after months of negotiations with banks, bond insurers, unions and groups representing thousands of retirees. It's bolstered by a unique promise of $800 million from foundations, major corporations and the state to soften pension cuts and prevent the sale of city-owned art.

Retirees who didn't work for the police or fire departments will see a 4.5 percent pension cut by March and the elimination of annual cost-of-living payments.

Orr had extraordinary authority over Detroit government for 18 months before giving most of it back to Mayor Mike Duggan in September.

Snyder said final paperwork had been filed, and he expected it to be formally approved by the court later Wednesday.

"The financial emergency in the city of Detroit will be defined as wrapping up today," Snyder said Wednesday.

Judge Steven Rhodes approved Orr's reorganization plan in November. A hearing is scheduled for Monday to deal with loose ends.