Advanced energy employment in Iowa is more than 22,000 strong and on pace to reach nearly 24,000 jobs in 2015, according to the first-ever comprehensive industry survey conducted for the Advanced Energy Economy
Institute. The AEE Institute is a nonprofit educational and charitable affiliate of... 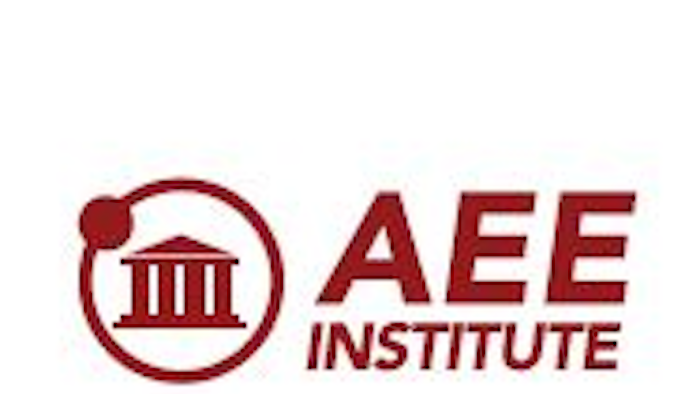 Advanced energy employment in Iowa is more than 22,000 strong and on pace to reach nearly 24,000 jobs in 2015, according to the first-ever comprehensive industry survey conducted for the Advanced Energy Economy
Institute.

“In states from coast to coast and in between, the advanced energy industry is substantial and growing,” said Graham Richard, CEO of AEE and the AEE Institute. “This first-ever survey of advanced energy firms in Iowa shows that energy efficiency, biofuels, wind power, and other advanced businesses are creating jobs and contributing to the Iowa economy.”

Accounting for 22,643 workers at 1,427 establishments, the advanced energy industry in Iowa is largely “deployment-based,” with nearly half of all firms (47 percent) engaged in installation of advanced energy products, and a significant percentage (22 percent) focused on sales and distribution. Engineering and research firms account for 11 percent of advanced energy firms in Iowa, while manufacturing and assembly companies make up 6 percent of the total.

While Iowa is known for wind energy, with the state getting a nation-leading 27 percent of its electricity from wind power, as well as biofuels produced from the state’s corn crop, nearly half of advanced energy jobs in Iowa are in delivery of energy efficiency products and services – 10,888 workers.

“Energy efficiency and renewable energy create good, clean energy jobs, as Iowans have seen. Energy efficiency is a robust tool that, if leveraged properly, can foster new job growth across all sectors, as well as reduce emissions and help our environment,” said Emily Rice, Business Development Manager of The Energy Group in Des Moines. “Ultimately, energy efficiency improves the economic vitality of businesses and individuals.”

Advanced fuels, which include ethanol, cellulosic ethanol, and biodiesel, account for 4,737 jobs in Iowa, while wind energy employs 3,626 workers in the state. Solar power, which is taking hold in Iowa in response to tax credits first offered in 2012, employs 726 workers.

“By putting American innovation and our agricultural know-how to work meeting our nation’s energy needs, renewable fuels have become a vital part of the Iowa economy and crucial to continuing to build upon the progress we’ve made in making this nation more energy secure,” said T.J. Page, Communications Director, Iowa Renewable Fuels Association (IRFA). “This employment survey from the AEE Institute documents the role of renewable fuels in a wider range of advanced energy products and services. The direct jobs that cannot be outsourced are just the tip of the iceberg when you start to think of transportation, farming jobs, manufacturing and R&D associated with the renewable fuels industry in Iowa.”

Advanced energy jobs in Iowa took a small (4 percent) dip from 2013, reflecting a widespread decline in wind energy installation due to uncertainty surrounding the federal production tax credit, although Iowa remains second in the nation in wind employment. Advanced energy employment is expected to rise 6 percent in the coming year, based on the hiring plans of Iowa employers. Nearly one-third (31 percent) of advanced energy firms said they would hire more employees in the coming year while a majority (63 percent) said they would hold steady at their current levels; only 1 percent expected to reduce staffing in 2014.