Mounting signs of weakness in the global economy and a poor start to the holiday shopping season knocked the stock market lower on Monday. Earlier sales, a shift to online shopping and stagnant wages meant fewer Americans showed up to stores over the Thanksgiving weekend, the National Retail... 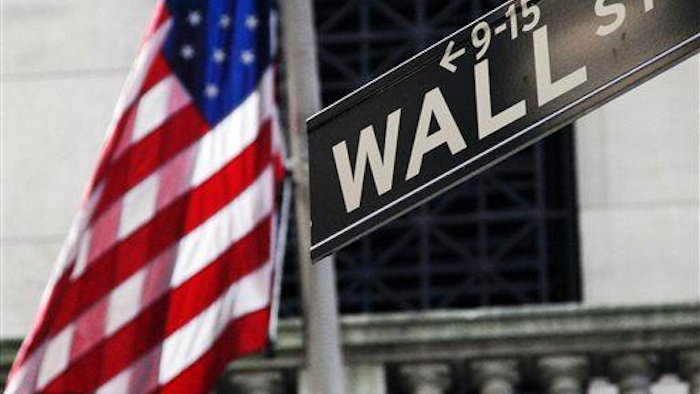 Mounting signs of weakness in the global economy and a poor start to the holiday shopping season knocked the stock market lower on Monday.

Earlier sales, a shift to online shopping and stagnant wages meant fewer Americans showed up to stores over the Thanksgiving weekend, the National Retail Federation said Sunday. The trade group estimated that total spending for the four days totaled $50.9 billion, down 11 percent from last year.

New reports of slowing manufacturing in China as well as in the three largest economies that use the European currency -- Germany, France and Italy -- also gave investors little reason to cheer.

The Standard & Poor's 500 index fell 14.12 points, or 0.7 percent, to close at 2,053.44. The losses were widespread: General Electric and other industrial companies led eight of the ten sectors in the index down.

It was a weak start to what has been the stock market's best month on average. Since 1950, the S&P 500 has ended December with a typical gain of 1.7 percent, according to the "Stock Trader's Almanac." But after a strong 11 percent run this year, the market looks relatively expensive. The S&P 500 index trades at 17.6 times its profits over the past 12 months, well above the long-term average.

Peter Cardillo, chief market economist at Rockwell Global Capital, said more reports of slow economic growth around the world and falling oil prices could drive the market down in the coming weeks. But he thinks any setback will likely prove temporary. "Maybe the weakness in the global economy will take some of the starch out of our economy," he said. "It probably will, just not so much that it really hurts corporate earnings."

A survey by HSBC showed Chinese manufacturing activity lost steam in November, adding to signs of an economic slowdown. HSBC said its purchasing managers' index edged down to 50 from 50.4 the previous month. On the index's 100-point scale, numbers below 50 indicate contraction. China's economic growth slowed to a five-year low of 7.3 percent in the latest quarter.

"The November PMIs confirm that growth in China's industry remains under downward pressure," Louis Kuijs of Royal Bank of Scotland wrote in a report to investors.

Back in the U.S., DreamWorks Animation slumped after its latest movie, "Penguins of Madagascar," had a weaker box-office opening over the Thanksgiving weekend than analysts had expected. The sequel to its popular "Madagascar" movie took second place to the newest installment of "The Hunger Games" series. DreamWorks' stock plunged $1.33, or 6 percent, to $22.51.

In the bond market, the yield on the 10-year Treasury note rose to 2.23 percent from 2.16 percent late Friday. High demand for U.S. government bonds has kept yields low.

Oil posted its biggest percentage gain in more than two years, stemming a rout that had knocked about $40 off the price of a barrel of crude since June. Analysts still expect oil prices to remain weak given OPEC's decision last week to maintain its current production targets. That, combined with rising production in the U.S., has created an oversupplied oil market. Benchmark U.S. crude jumped $2.85, or 4 percent, to close at an even $69 a barrel on the New York Mercantile Exchange.

In other trading on the NYMEX: