Vice President Joe Biden on Wednesday renewed his call for improvements to the nation's infrastructure, particularly at ports, saying failure to make upgrades will mean missed opportunities for economic growth. "This is a passion of mine," Biden told several hundred people attending the annual... 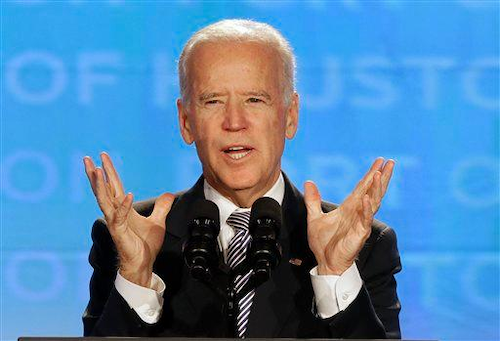 Vice President Joe Biden on Wednesday renewed his call for improvements to the nation's infrastructure, particularly at ports, saying failure to make upgrades will mean missed opportunities for economic growth.

"This is a passion of mine," Biden told several hundred people attending the annual convention of the American Association of Port Authorities. "There's so much more work to be done to take advantage of the incredible opportunities before all of us."

The vice president, the White House's loudest voice on the need to update the nation's crumbling infrastructure, said ports represent "the lifeblood of the U.S. economy," responsible for 13 million jobs accounting for $650 billion in personal income and spur manufacturing, investment and creation of middle-class jobs.

"You are the best-kept secret in the world," he told the port group. "People have no notion how critical what you do impacts on the economy."

He said 75 percent of the world's commerce is on the deck or in the hull of a ship "floating somewhere." If all the U.S. ports closed for 10 days, the loss to the economy would be $21 billion, illustrating "why I'm so consistently talking about the need to invest in our ports," he said.

"How can we have a 21st century economy with a 20th century infrastructure?" Biden asked. "It's simply unacceptable."

He said estimates show 50 percent more cargo headed to American ports by 2020, and that trade through seaports now accounting for 32 percent of the gross national product was expected to reach 60 percent by 2030.

Government isn't the answer but could be the catalyst, said Biden, who touted what he said were successes of the economic stimulus package signed into law early in the Obama administration.

"The bottom line is the greatest economic power in the world needs the most dynamic port system in the world. We need to modernize," Biden said.

"We've got to find a way to provide new jobs. And you are the portal for that, no pun intended."