Unemployment rates fell in 31 U.S. states in September, including in many where incumbent governors and senators face tough re-election campaigns. The report is the final data on state unemployment before the Nov. 4 elections. Tuesday's data may quickly find its way into late campaign ads and stump speeches. The economy is the top concern for... 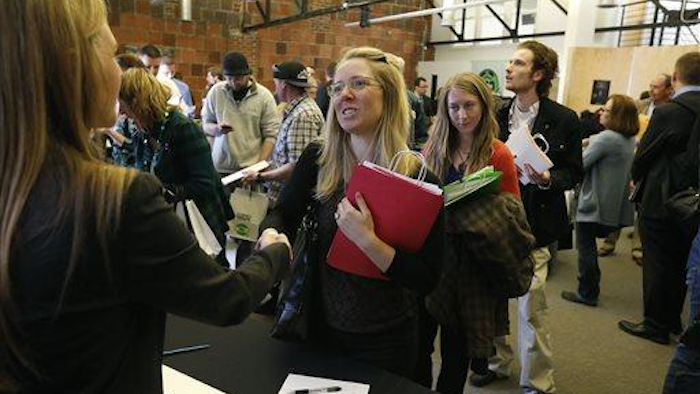 Unemployment rates fell in 31 U.S. states in September, including in many where incumbent governors and senators face tough re-election campaigns. The report is the final data on state unemployment before the Nov. 4 elections.

Tuesday's data may quickly find its way into late campaign ads and stump speeches. The economy is the top concern for voters in this year's Congressional and gubernatorial races.

The Labor Department said Tuesday that unemployment rates rose in 8 states and were unchanged in 11 states. That is the smallest number of states to see an increase since April.

Employers added jobs in 39 states and cut jobs in 10. South Dakota's job count changed little. States can gain jobs but may not see their unemployment rates fall if more people start looking for work. People aren't counted as unemployed unless they are actively searching.

Colorado's Democratic Gov. John Hickenlooper is also locked in a tight race against former GOP Rep. Bob Beauprez. His campaign could benefit from Tuesday's report, which showed that Colorado added 14,600 jobs in September, the third-highest gain among the states. Texas added 36,400 jobs, the largest increase.

And Illinois Democratic Gov. Pat Quinn, in a close re-election race with Republican Bruce Rauner, will likely tout the state's gain last month of 19,300 jobs. That is the second-highest among the states. Illinois' unemployment rate has fallen sharply in the past 12 months, to 6.6 percent from 9.1 percent.

That drop may exaggerate the health of the state's job market, however: Some of the improvement likely occurred because many of those out of work gave up searching for jobs.

The declines come as hiring nationwide has been healthy. Employers added 248,000 jobs in September and the unemployment rate fell to 5.9 percent, a six-year low, from 6.1 percent. Employers have added 2.64 million jobs in the past 12 months, the largest annual gain since April 2006.