U.S. worker productivity went into reverse in the final three months of the year, while labor costs increased. Productivity, the amount of output per hour of work, fell at 1.8 percent rate in the fourth quarter after rising at a 3.7 percent rate in the third quarter, the Labor Department reported Thursday... 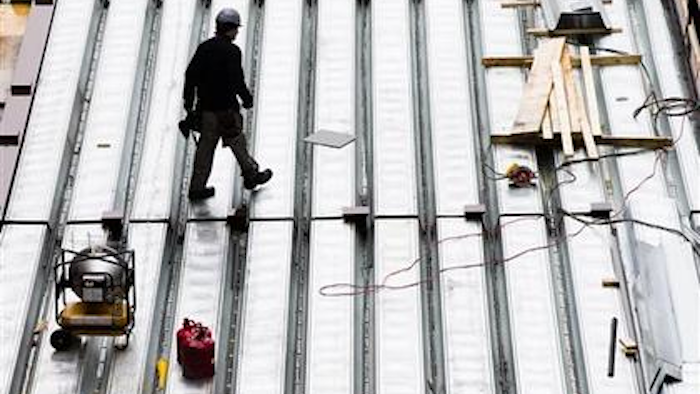 The drop in productivity and rise in labor costs reflected the fact that the growth in overall output slowed in the fourth quarter.

Economists say quarterly changes in productivity and labor costs can swing sharply. They believe labor costs are still rising at slow levels that do not present a threat of higher inflation.

Last week, the government reported that the overall economy, as measured by the gross domestic product, grew at an annual rate of 2.6 percent in the October-December quarter, a sharp deceleration from a 5 percent growth rate in the July-September period. With less output in the fourth quarter, productivity weakened.

Since the recession ended in mid-2009, labor costs have been contained as millions of people who lost their jobs during the downturn have struggled to find new employment. The unemployment rate fell in December to 5.6 percent, the lowest level since 2008.

With the labor market tightening, economists are starting to watch for signs of rising wage pressures. But with labor costs running at such a slow pace, they say it should be some time before that occurs.

For all of 2014, labor costs rose just 1.5 percent. That was up from a 0.2 percent gain in 2013 but still well within the range economists view as a modest increase for labor costs.

Productivity rose 0.8 percent for all of 2014, little changed from the modest 0.9 percent productivity gain seen in 2013.

The Federal Reserve keeps a close watch on productivity and labor costs for signs that inflation is nearing unwanted levels.

At the moment, the Fed is hoping that wages will start rising at a stronger pace to help Americans catch up from a prolonged period when wage growth has been very weak.

For the past three years, inflation has been rising at rates well below the Fed's target of 2 percent annual price increases. In recent months, price gains have fallen further amid a big drop in oil prices and a stronger dollar that is making foreign-made goods cheaper for U.S. consumers.