A little-noticed proposal in President Barack Obama's $4 trillion budget would eliminate the Overseas Private Investment Corporation, which has been the subject of an Associated Press investigation into its overseas loans, and merge it for efficiency with five other federal business and trade... 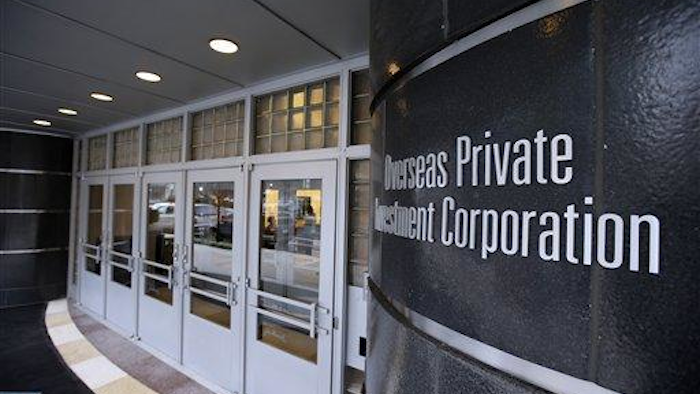 A little-noticed proposal in President Barack Obama's $4 trillion budget would eliminate the Overseas Private Investment Corporation, which has been the subject of an Associated Press investigation into its overseas loans, and merge it for efficiency with five other federal business and trade agencies.

His plan faces long odds and an uncertain reception on Capitol Hill.

Under the proposal, the combined agencies would fold into a single new department with a name focused on economic growth and job development. It would affect the Commerce Department's core business and trade functions — the Small Business Administration, Office of the U.S. Trade Representative, the Export-Import Bank and U.S. Trade and Development Agency.

OPIC finances more than $3 billion a year in developments across the world, and was the subject of an AP investigation over projects in Liberia, Mexico and Chile. An aborted $217 million power project in Liberia was marked by insider connections, questionable oversight, environmental damage and allegations by employees about sexual abuse and workplace hazards, the AP found.

OPIC has no independent internal watchdog, and its accountability office has issued reports on just five deals since 2005, a period when OPIC approved more than 530 projects worldwide.

Obama's proposal said combining the agencies would "maximize the benefits for businesses and the economy," but his idea faces hurdles. It would require Congress to grant him special authority to do it, a long shot in a Republican-controlled Congress.

"It could potentially be a tangled mess," said Doug Norlen, senior program manager with Friends of the Earth, who has monitored OPIC for years. "I think it's going to be really difficult to get congressional authority to do this. There's turf issues between the committees of jurisdiction."

Norlen also said OPIC, which focuses on foreign development, is different from the other agencies, which are mostly focused on trade. "There's always the danger of watering down the rules and policies of one institution when you merge it with others," he said.

Congress has said it supports streamlining government, but it's not clear whether lawmakers will support Obama's plan, which he also pitched, without success, in 2012.

Some senators have pushed for the creation of an inspector general to scrutinize OPIC.