Year-end reports issued by federal officials show an improving economy, though growth remains slow and not without its hiccups. A new poll, however, says U.S. consumers are feeling better about the economy than at any point in the last decade. Both the Labor Department's Bureau of Labor Statistics and the Commerce Department's Bureau... 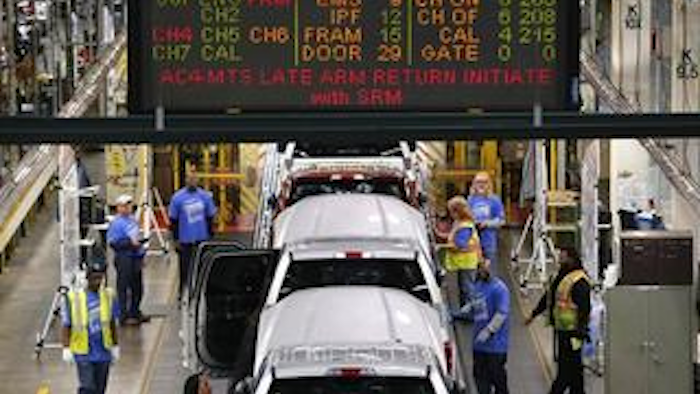 Year-end reports issued by federal officials show an improving economy, though growth remains slow and not without its hiccups.

A new poll, however, says U.S. consumers are feeling better about the economy than at any point in the last decade.

The BLS report showed wages and benefits rising 2.2 percent for all of 2014, the best rate since the recession and an indication of an improving labor market. Previous BLS estimates found the U.S. had its best year for hiring since 1999 last year, with the unemployment rate dropping to 5.6 percent at year's end.

The BLS numbers were more promising for the manufacturing sector, which saw a 2.4 percent increase in compensation last year, up from a 1.8 percent jump the previous year and the best increase in three years.

Still, analysts said a healthy economy would typically see annual wages and benefit increases in the area of 3.5 percent. Labor costs, which are primarily driven by wages and benefits, increased by the same 2.2 percent margin overall, and increased by 2.3 percent in the manufacturing sector -- the largest industry increase since 2008.

The BEA report, meanwhile, showed a 2.4 percent increase last year in real gross domestic product -- the value of the nation's production when adjusted for price changes -- representing the best year for economic growth since 2010.

But the 2.6 percent growth rate in the fourth quarter of the year came in well below analysts' expectations, and helped drag down what had been strong growth during the two previous quarters.

The Commerce Department report, however, also showed consumer spending increased by 4.3 percent for the year -- the best total since 2006 -- and a new poll expects that trend to continue. The University of Michigan's latest consumer survey showed confidence rising to its highest level since the January 2004 survey, attributing the optimism to the continued recovery and plummeting gas prices.