An AP survey found that more than 32 mostly coal-fired power plants in a dozen states will be forced to shut down because of new regulations. 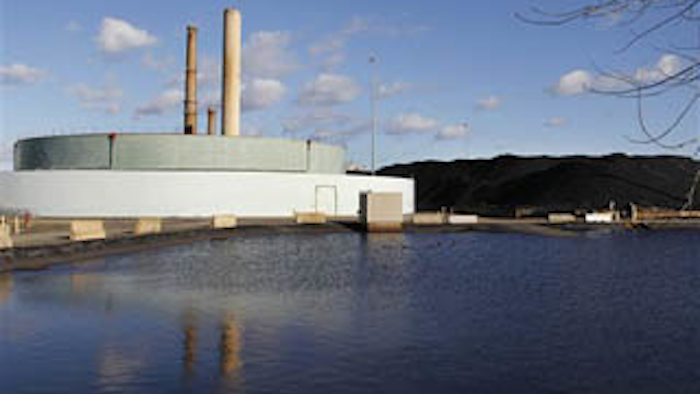 WASHINGTON (AP) — More than 32 mostly coal-fired power plants in a dozen states will be forced to shut down and an additional 36 might have to close because of new federal air pollution regulations, according to an Associated Press survey.

Together, those plants — some of the oldest and dirtiest in the country — produce enough electricity for more than 22 million households, the AP survey found. But their demise probably won't cause homes to go dark.

The fallout will be most acute for the towns where power plant smokestacks long have cast a shadow. Tax revenues and jobs will be lost, and investments in new power plants and pollution controls probably will raise electric bills.

The survey, based on interviews with 55 power plant operators and on the Environmental Protection Agency's own prediction of power plant retirements, rebuts claims by critics of the regulations and some electric power producers.

They have predicted the EPA rules will kill coal as a power source and force blackouts, basing their argument on estimates from energy analysts, congressional offices, government regulators, unions and interest groups. Many of those studies inflate the number of plants retiring by counting those shutting down for reasons other than the two EPA rules.

The AP surveyed electricity-generating companies about what they plan to do and the effects on power supply and jobs. It was the first survey of its kind.

The agency has estimated that 14.7 gigawatts, enough power for more than 11 million households, will be retired from the power grid in the 2014-15 period when the two new rules take effect.

The first rule curbs air pollution in states downwind from dirty power plants. The second, expected to be announced Monday, would set the first standards for mercury and other toxic pollutants from power plant smokestacks.

Combined, the rules could do away with more than 8 percent of the coal-fired generation nationwide, the AP found. The average age of the plants that could be sacrificed is 51 years.

These plants have been allowed to run for decades without modern pollution controls because it was thought that they were on the verge of being shuttered by the utilities that own them. But that didn't happen.

Other rules in the works, dealing with cooling water intakes at power plants and coal ash disposal, could cause the retirement of additional generatingplants. Those rules weren't included in the AP survey.

While the new rule heralds an incremental shift away from coal as a power source, it's unlikely to break coal's grip as the dominant domestic electricity source. Most of the lost power generation will be replaced, and the coal-fired plants that remain will have to be cleaner.

"In the industry we retire units. That is part of our business," said John Moura, manager of reliability assessment at the North American Electric Reliability Corp. NERC represents the nation's electrical grid operators, whose job is to weigh the effect a proposed retirement will have on reliability.

With so many retirements expected, that process could get rushed. "We are getting a little hammered here, because we see multiple requests," Moura said.

NERC, along with some power plant operators, is pressing the Obama administration to give companies more time to comply with the rules to avoid too many plants shutting down at once.

In addition to anticipated retirements, about 500 or more units will need to be idled temporarily in the next few years to install pollution controls. Some of those units are at critical junctions on the grid and are essential to restarting the electrical network in case of a blackout, or making sure voltage doesn't drain completely from electrical lines, like a hose that's lost its water pressure.

"We can't say there isn't going be an issue. We know there will be some challenges," Moura said. "But we don't think the lights are going to turn off because of this issue."

That hasn't stopped some critics from sounding alarms.

Rep. Darrell Issa, R-Calif., said in a letter to the White House this month that the EPA mercury rule could "unintentionally jeopardize the reliability of our electric grid." At a speech in New Hampshire in November, GOP presidential candidate and former Utah Gov. Jon Huntsman predicted summer blackouts. A recent U.S. Chamber of Commerce ad said a single EPA regulation "could threaten America's energy supply."

Particularly at the older, less efficient plants most at risk, coal already was at a disadvantage because of low natural gas prices, demand from China and elsewhere that was driving up coal's price, and weaker demand for electricity.

For many plant operators, the new regulations were the final blow. For others, the rules will speed retirements already planned to comply with state laws or to settle earlier enforcement cases with the EPA. In the AP's survey, not a single plant operator said the EPA rules were solely to blame for a closure, although some said it left them with no other choice.

"The EPA regulation became a game changer and a deal changer for some of these units," said Ryan Stensland, a spokesman for Alliant Energy, which has three units in Iowa and one in Minnesota that will be retired, and four in Iowa that are at risk of shutting down, depending on how the final rules look. "Absent the EPA regulations, I don't think we would be seeing the transition that we are seeing today. It became a situation where EPA broke the back of coal."

Some believe the change is long overdue. The two rules will cut toxic mercury emissions from power plants by 90 percent, smog-forming nitrogen oxide pollution by half, and soot-forming sulfur dioxide by more than 70 percent.

"Many of them are super old. They've either got to be brought up to code, fixed with the best available technology, or close them down," said Sen. Barbara Boxer, D-Calif., who heads the Senate Environment and Public Works Committee. "You can't keep on going."

The impact is greatest in the Midwest and in the coal belt — Kentucky, West Virginia and Virginia — where dozens of units probably will be retired.

Coal "is the fuel that is local to this area," said Leonard Hopkins, the fuel and compliance manager for the Southern Illinois Power Cooperative, which serves rural electric customers in 25 counties in the state. "We are scrambling to find ways to comply."

His options: switch to a lower sulfur coal, install additional pollution controls or retire the oldest boiler and buy cheaper power from elsewhere.

For many of the country's oldest coal-fired plants, retirement is the cheapest option.

"It is more expensive to retrofit these plants than retire them and build new generation," said Chris Whelan, spokeswoman for Kentucky Utilities, which announced in September that it was retiring three coal-fired power plants in the state. The plants, which came on line in 1947, 1962 and 1950, employ 204 people.

Whelan said the company is "going to do everything we can to reallocate the work" by shifting employees to a new gas-fired power plant.

In some places, a job at the power plant is the best thing going.

Thirty people work at the Central Electric Power Cooperative plant in Chamois, Mo., where EPA regulations have put the plant in danger of shutting down. Some employees are looking to see if there are other power plants where they could find work.

"We always knew there was a chance we could get shut down," said Robert Skaggs, who has worked at the 50-year-old power plant for 10 years and is also an alderman in the town of 400. "It's pretty obvious. Our plant is an old plant."

Chamois Mayor Jim Wright saw the sewing factory leave and doesn't understand why coal has to do the same.

"Coal's coal. If you are going to dig and ship it to China, you might as well burn it here," he said.

Electricity bills are also a concern.

Kentucky Utilities expects its customers to see as much as a 14 percent rate increase to make up for the $800 million it is spending to replace what will be retired, and the $1.1 billion it plans to spend on anti-pollution upgrades. Other power companies have applied to recoup the cost of retrofits or of building new gas-fired power plants. The EPA estimates that industry will spend $11 billion complying with the two rules by 2016.

For others, the biggest issue with plant retirements is the loss of property taxes. As plants wind down and close, their assessed value drops, reducing what they pay to local governments.

In Salem, Mass., Dominion plans to retire two units at the Salem Harbor Station later this year, a move that could halve the plant's workforce in a town famous for its 17th century witch trials and where the major business is tourism.

The loss of its 50-year-old power plant poses two dilemmas: how to replace its biggest taxpayer and what to do with the 60 acres of waterfront property when the plant is gone.

"It's not like losing a Dunkin' Donuts," said Mayor Kim Driscoll, noting that attractions such as Baltimore's Inner Harbor took decades to redevelop from abandoned industrial property.

For the next five years, Salem will make up for Dominion's dwindling $4.75 million tax bill with state money, but after that the future is unclear.

The Associated Press set out to determine which power plants in the U.S. would retire or be at risk of retirement because of two new air pollution regulations.

The AP then contacted every company with a plant predicted to retire early based on EPA modeling to determine whether the prediction was accurate, and whether plants were missing from the EPA's list. The AP also called companies that appeared on other lists, but were not flagged by the EPA, to determine their status.

Based on interviews with each of the companies, the AP characterized the plants as "retiring" or "at risk".Plants converted to natural gas or another fuel, or scheduled for pollution controls, were removed from the list. If the company attributed the retirement mainly to economics, state laws or other reasons, the AP also removed the plants. Companies unsure how they were going to comply, but which said retirement was not a serious consideration, were also not counted.

The analysis found generating units at more than 32 plants in 12 states retiring due in part to EPA regulations. The AP identified units at another 36 plants in 16 states at risk of retirement.

The AP included the 4,000 megawatts of capacity estimated to retire by Southern Co., a major producer of power from coal, in its calculations of how much power production would be lost. However, the company would not identify the specific units it planned to retire, so the AP's total number of plant retirements could not be precise.