Amazon’s Involvement With Manufacturing: When Is It Too Much?

The internet has changed the way we do everything, including how we shop. E-commerce giants like Amazon and Alibaba control a large chunk of online buying and selling, but what is the secret to their success? Alibaba’s success is partly due to its strategy of forming extremely close partnerships with the manufacturers themselves, and Amazon has... 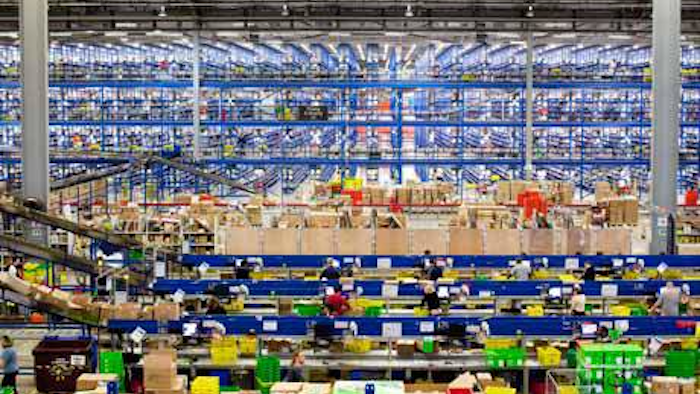 The internet has changed the way we do everything, including how we shop. E-commerce giants like Amazon and Alibaba control a large chunk of online buying and selling, but what is the secret to their success? Alibaba’s success is partly due to its strategy of forming extremely close partnerships with the manufacturers themselves, and Amazon has begun to adopt this methodology in the last few years.

Alibaba has not been hugely popular in the U.S. in the past, but because Alibaba began trading on the New York Stock Exchange only last week, I have a feeling the online retailer will be a household name soon. So let’s review Alibaba and Amazon, and look at two of Amazon’s current strategies—the Vendor Flex and AmazonFresh programs—that get Amazon closer to the manufacturers, and therefore closer to the consumer.

First, let me outline Alibaba’s basic business model. The Chinese e-commerce company operates by hosting relationships between individuals and small businesses, letting them buy and sell without actually selling anything itself. Manufacturers pay Alibaba staff to visit the manufacturing facility and essentially coach them on how to be more attractive to online buyers, all while building a relationship that gives the manufacturer added credibility on the online market.

Alibaba helps manufacturers tap into the online market by putting products and ordering capabilities online, and in doing so creates a network of trusted manufacturers and buyers who can connect and do business via the site. The bigger Alibaba becomes, the more essential it is for manufacturers to join Alibaba, because the site serves as a “who’s who” of the biggest players in the industry.

Alibaba’s three primary services—one for sales between importers and exporters, one for domestic business-to-business trade, and one for individual buyers purchasing smaller quantities—allow buyers and sellers of all sizes and locations to become involved with the Alibaba universe. Alibaba’s success is based on the importance of building trusting relationships amongst manufacturers, and between buyers and sellers.

Some of Amazon’s recent tactics loosely resemble this strategy—by getting closer to the manufacturer, Amazon can gain more control. Amazon’s Vendor Flex program allows the company to physically enter manufacturer’s facilities, much like Alibaba, and thereby take control over the online retail logistics for the manufacturer. One prominent company that Amazon has gotten to agree to the Vendor Flex program is Procter & Gamble—Amazon moved in with P&G several years ago.

Amazon employees set up shop in a P&G facility so they can package and ship P&G goods from inside the P&G warehouse, saving Amazon the effort of having to build their own warehouse and saving the manufacturer the cost of transporting the goods to an Amazon warehouse for shipping. Amazon’s Vendor Flex program means that manufacturers have more direct contact with consumers. The program lets Amazon take over the e-commerce aspect of the transaction for the manufacturer. It saves money for both Amazon and the manufacturer, but at what point is Amazon getting too involved with the manufacturing process?

By partnering with manufacturers, Amazon is able to spread its footprint into more areas and get closer and more connected to consumers. Amazon isn’t only partnering with clothing and electronics manufacturers, either.  Since 2007, Amazon has been testing AmazonFresh in Seattle, which is exactly what it sounds like—Amazon for groceries. Part of the appeal of AmazonFresh is its relationships with local food manufacturers, vendors, and restaurants, so consumers can receive generic food items along with craft beer or local cheese in the same order.

While online food retailing is not a huge money-maker, Amazon is using AmazonFresh not only as a way to make money through food purchases, but also as a way to get much closer to the customers. After all, not everyone will order books every week from Amazon, but everyone needs groceries. The relationships with local vendors and manufacturers ultimately allow Amazon to take advantage of the relationships these companies already have with the consumers, which is the point.

Amazon used to sit happily between the manufacturers and consumers using its services, but now it is reaching further and further into the manufacturing world. I wonder, how much involvement is too much? Could Amazon’s shift in how it fosters relationships with manufacturers be harmful to manufacturers, or does this type of business make money for everyone? Why is the building of relationships amongst manufacturers so important in an online forum, where business is more anonymous?