Survey: Companies Add Fewest Jobs in 9 Years in May 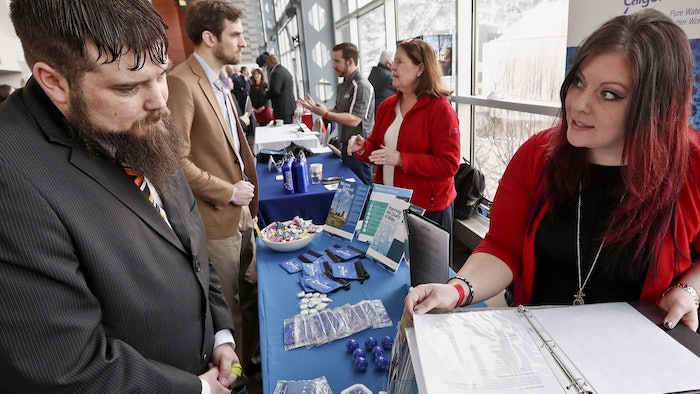 In this March 7, 2019, file photo visitors to the Pittsburgh veterans job fair meet with recruiters at Heinz Field in Pittsburgh. Image credit:

Payroll processor ADP said Wednesday that businesses added just 27,000 jobs in May, the fewest since March 2010. Jobs in construction fell 36,000 and in manufacturing by 3,000.

Growth is expected to slow this year as the global economy weakens, the impact of the Trump administration's tax cuts fade, and its tariffs take effect. The economy could expand at just a 1.5% annual pace in the April-June quarter, analysts forecast.

The ADP's figures don't include government hiring and frequently diverge from the government's official report, which is scheduled to be released Friday. Economists expect that report will show job gains of 185,000, while the unemployment rate remains 3.6%.