Economic activity in the manufacturing sector expanded in March for the first time in the last six months, while the overall economy grew for the 82nd consecutive month, say the nation’s supply executives. 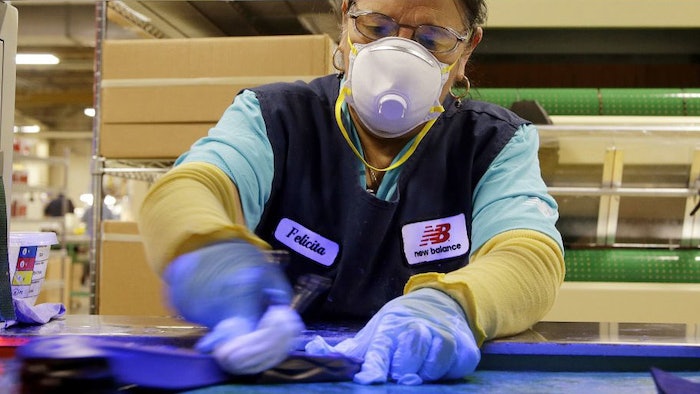 Economic activity in the manufacturing sector expanded in March for the first time in the last six months, while the overall economy grew for the 82nd consecutive month, say the nation’s supply executives in the latest Manufacturing ISM Report On Business.

Manufacturing expanded in March as the PMI registered 51.8 percent, an increase of 2.3 percentage points from the February reading of 49.5 percent, indicating growth in manufacturing for the first time since August 2015 when the PMI registered 51.0 percent. A reading above 50 percent indicates that the manufacturing economy is generally expanding; below 50 percent indicates that it is generally contracting.

Bradley J. Holcomb, CPSM, CPSD, chair of the Institute for Supply Management Manufacturing Business Survey Committee states, “The past relationship between the PMI and the overall economy indicates that the average PMI for January through March (49.8 percent) corresponds to a 2.1 percent increase in real gross domestic product (GDP) on an annualized basis. In addition, if the PMI for March (51.8 percent) is annualized, it corresponds to a 2.7 percent increase in real GDP annually.”

A PMI above 43.2 percent, over a period of time, generally indicates an expansion of the overall economy. Therefore, the March PMI indicates growth for the 82nd consecutive month in the overall economy, while indicating growth in the manufacturing sector for the first time in the last six months.

“I think things are set up to be positive and progressive going forward and that’s reflected in the generally positive comments from the panel,” adds Holcomb.

ISM’s New Orders Index registered 58.3 percent in March, which is an increase of 6.8 percentage points when compared to the 51.5 percent reported for February, indicating growth in new orders for the third consecutive month. A New Orders Index above 52.2 percent, over time, is generally consistent with an increase in the Census Bureau’s series on manufacturing orders (in constant 2000 dollars).

ISM’s Production Index registered 55.3 percent in March, which is an increase of 2.5 percentage points when compared to the 52.8 percent reported for February, indicating growth in production in March for the third consecutive month. An index above 51.3 percent, over time, is generally consistent with an increase in the Federal Reserve Board’s Industrial Production figures.

“New orders have been growing for three consecutive months, but the PMI has been declining for five consecutive months until now,” explains Holcomb. “Thirteen of our 18 industries are reporting growth in new orders which I think represents pent up demand from previous months. People are now going to the store and making their purchases. Production simply follows that out of necessity and logic to produce those goods that are required by our customers.”

The Inventories Index registered 47 percent in March, which is an increase of 2 percentage points when compared to the 45 percent reported for February, indicating raw materials inventories are contracting in March for the ninth consecutive month at a slower rate than in February. An Inventories Index greater than 42.8 percent, over time, is generally consistent with expansion in the Bureau of Economic Analysis (BEA) figures on overall manufacturing inventories (in chained 2000 dollars).

“Inventories have been down below 50 for nine consecutive months, but this number is moving up toward 50,” adds Holcomb. “Still a very conservative inventory policy, but it does need to continue to grow or move in the direction of 50 and beyond to meet new orders and production at this level — assuming things continue in this vein.”

“Exports have been under pressure for some time,” says Holcomb. “This index number represents orders coming in for finished projects, which is a component of our new orders overall, so it’s very consistent and very helpful to new orders. I think it’s also pent up demand and adjusting to the high price of the dollar. On the import side, it’s very close to 50 with no real story there. It’s simply moving almost sideways.”

ISM’s Imports Index registered 49.5 percent in March, which is 0.5 percentage point higher than the 49 percent reported in February, and indicates contraction in imports in March for the second consecutive month.

The ISM Prices Index registered 51.5 percent in March, which is an increase of 13 percentage points when compared to the 38.5 percent reported for February, indicating an increase in raw materials for the first time since October 2014. In March, 16 percent of respondents reported paying higher prices, 13 percent reported paying lower prices, and 71 percent of supply executives reported paying the same prices as in February. A Prices Index above 52.4 percent, over time, is generally consistent with an increase in the Bureau of Labor Statistics (BLS) Producer Price Index for Intermediate Materials.

“The Price Index is good, but don’t see the 13 point increase as a 13 percent price increase,” explains Holcomb. “The fact that we had so many months of decline, this number means it’s stopped its declining trend and is moving in a positive direction. I said all along that, in the short term, declining prices are helpful to most of manufacturing in that it represents lower cost of raw materials, lower cost to run plants, etc. But in the long term, no one likes the idea of deflationary prices, and in any instance, certainly not in raw materials. The fact that it’s turned a corner or at least bottomed out, I think is good news for the long haul.”

ISM’s Employment Index registered 48.1 percent in March, which is a decrease of 0.4 percentage point when compared to the 48.5 percent reported for February, indicating contraction in employment for the fourth consecutive month at a faster rate of contraction than in February. An Employment Index above 50.6 percent, over time, is generally consistent with an increase in the Bureau of Labor Statistics (BLS) data on manufacturing employment.

“We have high levels of employment,” adds Holcomb. “The Employment Index will go up and down around 50, plus or minus a few points. It’s nothing to really write home about and certainly isn’t a concern. It does potentially represents some conservatism, because of where we’ve been the last few months with the PMI. Now that the PMI has popped up and the comments are very positive, I would expect the employment number to move up as well as we go forward.”