There was weakness in a number of categories, led by a big drop in the volatile category of commercial aircraft. Demand for machinery, computers and household appliances also fell. 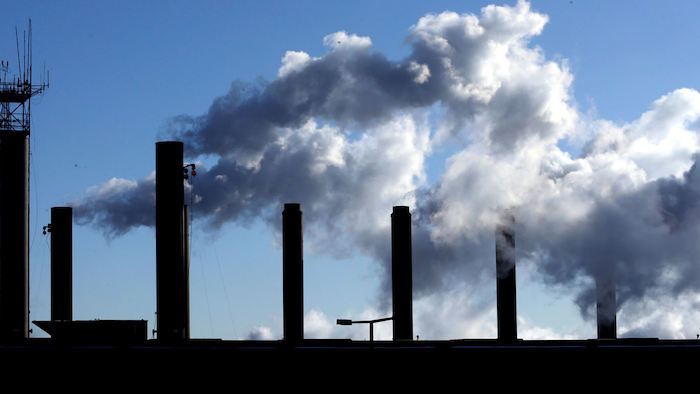 WASHINGTON (AP) — Orders to U.S. factories fell in February for the third time in the past four months. Meanwhile, a key category that tracks business investment plans dropped by the largest amount in two months.

Factory orders fell 1.7 percent in February after a 1.2 percent rise in January, the Commerce Department reported Monday. There was weakness in a number of categories, led by a big drop in the volatile category of commercial aircraft. Demand for machinery, computers and household appliances also fell.

Orders in a category that serves as a proxy for business investment declined 2.5 percent after a 3.3 percent increase in January.

The report underscores how American manufacturers are struggling with weak global demand and a rising dollar, which makes their goods less competitive on overseas markets. In addition, the big fall in oil prices has resulted in sharp cutbacks in investment spending in the energy industry.

Demand for durable goods, everything from airplanes to computers and household appliances, dropped 3 percent in February, slightly worse than the 2.8 percent estimate in an advance report on March 24. Orders for nondurable goods such as petroleum, chemicals and paper products were down 0.4 percent following a 1.9 percent drop in January.

Orders for all factory goods totaled $454 billion on a seasonally adjusted basis in February. Over the past two months, demand is down 1.7 percent from the same period a year ago, reflecting the pressures facingmanufacturers.

The Institute for Supply Management said Friday that its closely watched manufacturing index rose to 51.8 in March, up from 49.5 in February. Any reading over 50 signals growth in the manufacturing sector. It marked the first positive reading after five straight months with the index below 50.

Analysts said they believed manufacturing may be stabilizing but that the continued strength of the dollar and weak growth in major markets would act as a drag on any rebound.