China's solar industry has expanded rapidly over the past decade with substantial government funding, exporting enormous amounts of products to the U.S. and Europe.

Western governments have accused Beijing of flooding the global market with solar technology and in addition to a glut of supply that has depressed prices, Chinese companies now face the possibility that anti-dumping tariffs will be imposed by the U.S. and Europe.

Since 2010, the price of polysilicon wafers used to make solar cells has plunged by 73 percent, according to Aaron Chew and Francesco Citro, analysts for Maxim Group. The price of cells has fallen by 68 percent and that of modules by 57 percent.

"While we like Yingli for its cost structure, we see the company's preoccupation with market share is detrimental to profitability...," Kumar said. 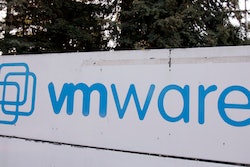