With more globalized supply chains and the trend of working with more and more third parties, it’s critical that manufacturers keep a strong hold on the flow of materials from one location to the next. This is even more important in the automotive world, famous for using a dizzying number of suppliers to make even the smallest components of a vehicle.

Most everyone in manufacturing is aware that today, supply chain is, more or less, “king” of the manufacturing lifecycle. With more globalized supply chains and the trend of working with more and more third parties, it’s critical that manufacturers keep a strong hold on the flow of materials from one location to the next. This is even more important in the automotive world, famous for using a dizzying number of suppliers to make even the smallest components of a vehicle, which are often manufactured in a dozen different locations around the world. And for the rest of the manufacturing world, there’s a lot that can be learned from the automotive world’s process of trial-and-error.

Diane Palmquist, vice president of manufacturing industry solutions at GT Nexus, summarizes the situation well: “Supply chains, in general, are becoming longer and longer, both in terms of customers that are in emerging markets, and that sourcing is not even in BRIC countries — it’s going into emerging markets. The tail is longer, the front end is longer. Customers are less and less willing to wait for things. As customer lead times become shorter, and as manufacturing lead time and sourcing becomes long, it creates an environment that needs some kind of real-time platform to keep things running.”

In the automotive world, companies are scrambling to expand manufacturing operations into new countries so that they can tap emerging markets. At the same time, they’re expanding in their big, consistent markets — think China or the U.S. — while sourcing from an increasingly deep list of countries. Palmquist says many are, for example, buying fasteners from Nigeria, and those are just a few of the 26,000 parts necessary to make a given car. She says, “To try and find a way to not overstock in any of those parts, and have them all at the right time, is very difficult.”

She adds: “Growth markets aren’t in the U.S. — they might be African countries, or South American counties, or Asian countries. How do you know, four years from now, how many Ford Focuses you’re going to sell in Nigeria?” Companies can guess, but they’ll never truly know. And that means they have to be, above all else, endlessly flexible.

Add in labor unrest in various parts of the globe, dramatically unsafe working conditions in certain countries and natural disasters that simply cannot be predicted, and there’s a situation that global manufacturers, automakers in particular, are struggling to deal with. And Palmquist says that what they have already learned could help manufacturers in all industries.

To help manage assets within a particular organization, manufacturers have invested heavily into enterprise resource planning (ERP) systems from the likes of SAP or Oracle. These systems help management see inside the company, and that’s an enormous help, but it doesn’t provide visibility into everything that occurs beyond the plant floor’s walls. And for global automakers with high demand and a complex supply chain, being efficient requires a solution that breaks down all those barriers, inside that company and out.

These companies have found — and many more will soon — that this type of solution can’t be a manual one. There simply aren’t enough hours in the day to fix every inevitable problem.

Bryan Nella, GT Nexus’ director of corporate communications, relates the need for this kind of solution to the value of Facebook, or other social media services, on a personal level. Before, if one moved across the country, they would have to inform friends and family about the new address. Now, that same person can update their Facebook profile once, and all that information is immediately available, un-siloed. He calls it a “one-to-many” connection. Naturally, GT Nexus is one of the providers of such a system.

Palmquist says, “They key to being successful is to be agile, to be flexible, to change your supply chain as needed. To have a dynamic, fluid supply chain versus a very rigid supply chain that takes two years to change.”

One of the biggest automakers in the world, Renault, was forced through big supply chain growing gains. Thanks to GT Nexus, Renault was better able to track assets and make sure that all the right parts were permeating into all their makets around the world at exactly the right speed and quantity. Using GT Nexus, they’ve been able to help distributors see the entire landscape of parts — no more expediting in order to cover a gap here or there.

One of the biggest reasons that the automotive world has been quick to adopt these kinds of “once-a-many” solutions is that there’s a big issue of getting paid on time. Palmquist says that for a supplier in Indiana, a big automaker not paying is rude, sure, but they’ll figure it out in time. For companies in emerging markets, not getting paid on time is the difference between staying open and having to fold the business. This means that suppliers from all over the world are actively investing in these systems, getting their assets onto those servers, so that the automakers can get better visibility and pay on time.

Palmquist says that this issue of non-payment is rampant through all of manufacturing as well, which means that it’s critical to the non-automotive companies as well. And with many economies still struggling, this back-and-forth will likely become increasingly common.

At the same time, Hurricane Sandy brought the need for supply chain flexibility to the forefront of many American manufacturers. Palmquist says that with the new breed of supply chain management systems, one can get answers to the pertinent questions if a similar event strikes: “What parts do we have, if any, in that region right now that are in motion? Do we have some in distribution centers? Are they on the water in ocean containers? Are they grounded from the air? Are they in a truck? Are they being manufactured?” All those answers can be compiled into an alternative rather than being completely in the dark.

She offers one famous example from the 2011 tsunami in Japan. In that situation, GM became renowned for its “war room,” which housed executives for months on end, all toiling away at trying to figure out what they had on the ground, and what the needed to do to keep things running. She says, “On the other hand, CAT had two executives in the region. One of them pulled out his iPad, went into GT Nexus, found where all the stuff was, and secured air freight to get everything that they had that they could get out, out the next morning, before really anyone in the U.S. had woken up. It wasn’t even a story, because they just got everything out.”

For a supply chain expert, never being the focus of a story is, essentially, equivalent to a job well-done. And today, the tools to help that make that happen are more ubiquitous, and more intelligent, than ever. Palmquist says, “I’ve been [talking to] some of the biggest manufacturers this week, and what I see is that they’re panicking on some of the areas where they would have told us in the past, ‘Oh, we don’t need you.’ Now they’re saying, ‘We really do need you.’”

And if the advent of social media itself is any indication, the “one-to-many” supply chain is just beginning, and only has room to grow. And even if a manufacturer is the type to think “we don’t need” that awareness right now, perhaps it’s time to take a second look. Come another hurricane or tsunami, does anyone want to see their company on the front page of the New York Times due to the way they’re scrambling over how to deal with a disaster? 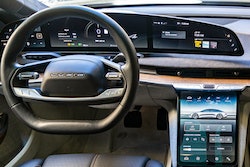 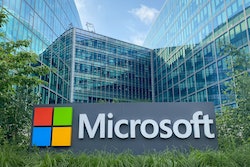 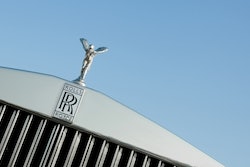 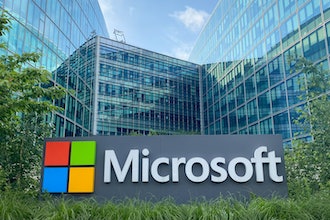 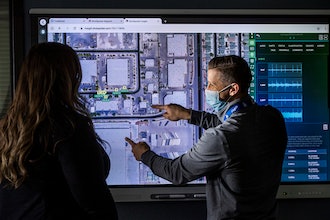 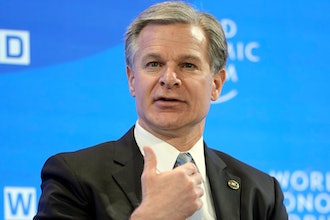 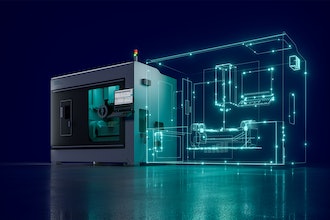 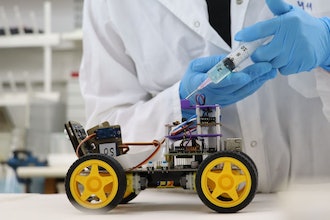 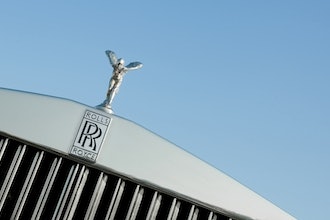 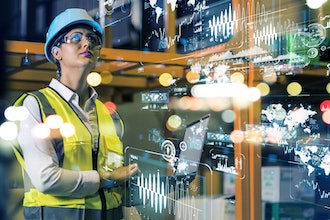 The future of manufacturing looks more efficient than ever before.
January 12, 2023 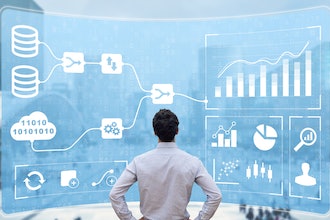 The amount of data that goes unanalyzed in a production facility is frightening.
January 10, 2023 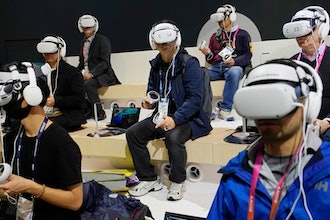 Is the metaverse closer than we think?
January 9, 2023