Sold by Harbor Freight Tools, the auto jack stands can fail when holding a load. 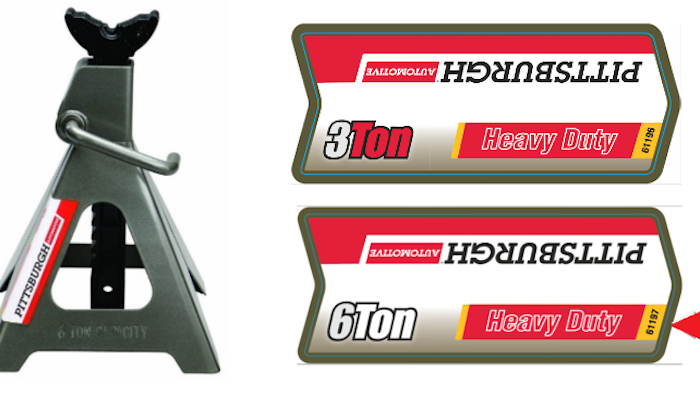 The 61196 and 61197 jack stands can be identified by checking the item number found on the yellow part of the label on the base of each jack stand.
NHTSA

Update: The photos in this article have been updated to show the actual jack stands recalled by Harbor Freight (thank you, d.zinky).

DETROIT (AP) — The U.S. government’s road safety agency is warning people not to use Pittsburgh Automotive jack stands sold by Harbor Freight Tools because they can collapse when holding a load.

The stands were manufactured by Jiaxing Golden Roc Tools Co. of China from December of 2012 through March 31, 2020. The company determined that the stands are faulty due to aging of production equipment.

Agency documents say Harbor Freight Tools will give buyers a gift card equal to the purchase price of the stands. 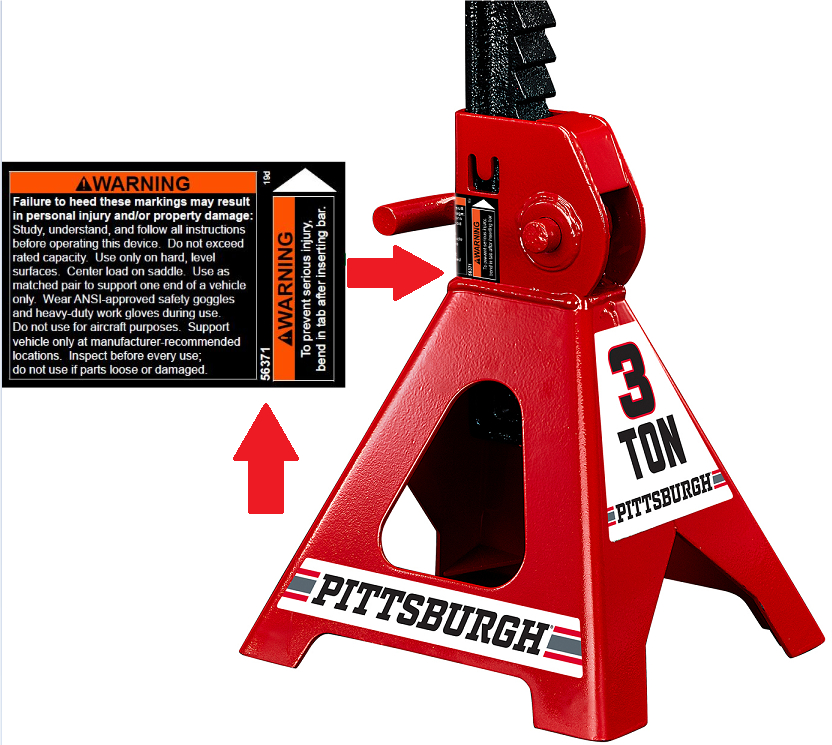 The 56371 jack stands can be identified by checking the item number found on the label on the top of each jack stand.NHTSA