Lawmakers charged that OSHA has been “largely invisible” during the pandemic and hasn't found ways to combat it. 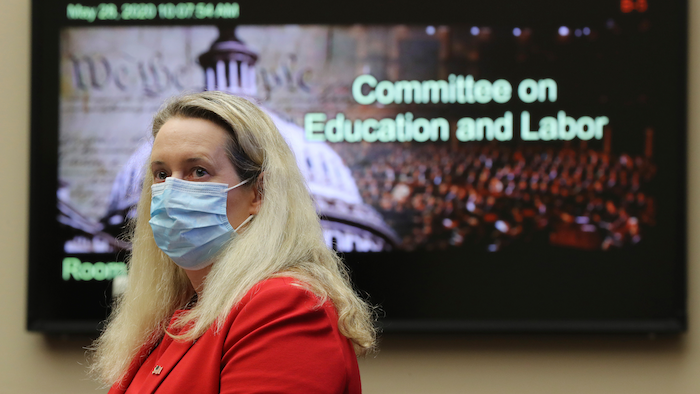 Loren Sweatt, Principal Deputy Assistant Secretary of Labor for OSHA, prepares to testify before a House Committee on Education and Labor Subcommittee on Workforce Protections hearing examining the federal government's actions to protect workers from COVID-19 on Thursday, May 28 on Capitol Hill in Washington.
Chip Somodevilla/Pool via AP

WASHINGTON (AP) — As U.S. coronavirus deaths top 100,000, Democrats are slamming the Trump administration for failing to protect front-line workers, including those at meatpacking plants and health care facilities where outbreaks of the disease are spiking.

At a House hearing Thursday, Democrats charged that the Occupational Safety and Health Administration has been “largely invisible” during the pandemic and has not found ways to combat it, such as by issuing an emergency temporary standard for worker protection. 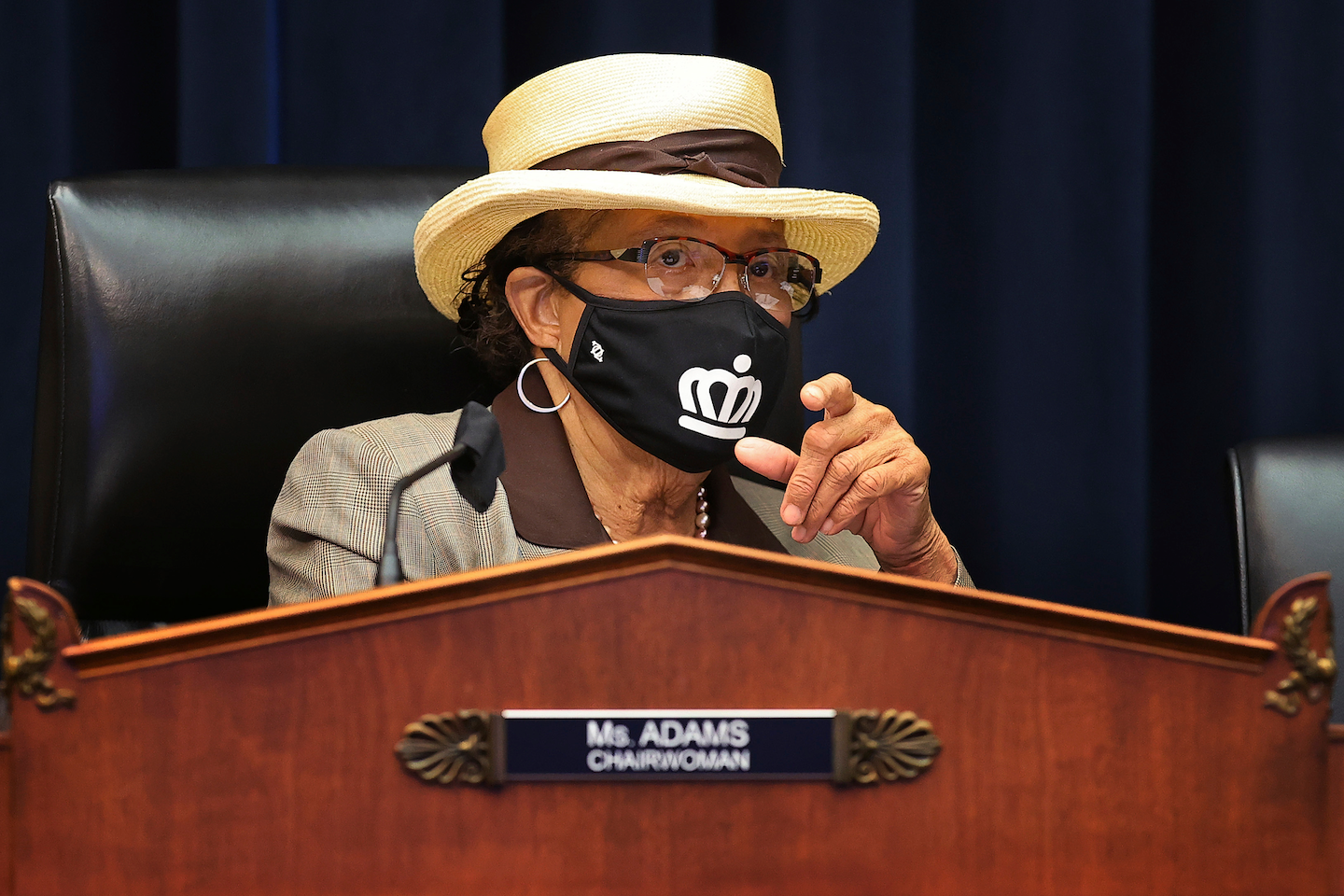 House Education and Labor Committee Workforce Protections Subcommittee Chair Rep. Alma Adams, D-N.C., wears a face mask during a House Committee on Education and Labor Subcommittee on Workforce Protections hearing examining the federal government's actions to protect workers from COVID-19 on Thursday, May 28 on Capitol Hill in Washington.Chip Somodevilla/Pool via AP“Deep into this pandemic, OSHA has still not developed any enforceable standards for employers to follow that can protect workers from the airborne transmission of the novel coronavirus,'' said Rep. Alma Adams, D-N.C., chairwoman of a House subcommittee on workforce protections. OSHA’s existing enforcement tools, including standards that address respirators and personal protective equipment, are "inadequate and unused,'' Adams said.

Instead of an emergency standard, the agency has relied on voluntary guidance that recommends companies erect physical barriers, enforce social distancing and install more hand-sanitizing stations, among other steps. But the guidance is not mandatory.

Adams and other lawmakers called that inadequate, citing a spike in COVID-19 cases at meatpacking plants, prisons, nursing homes and other workplaces deemed essential during the pandemic. More than 80,000 cases of COVID-19 have been reported among health care workers, meatpacking employees and prison staff, including at least 372 deaths, Adams said.

“The COVID-19 pandemic has resulted in the worst worker safety crisis in OSHA’s 50-year history. Nothing compares. Yet OSHA continues to sit on the sidelines," Adams said. The agency's failure to act "has sent a clear message to workers across the country that they are on their own,'' she said.

Loren Sweatt, a top Labor Department official who oversees OSHA, said efforts to address COVID-19 have been the agency's top priority since February.

“OSHA quickly pivoted to focus intensely on giving employers and workers the guidance they need to work safely in this rapidly changing situation,'' Sweatt said. ”Where appropriate, OSHA has also enforced safety and health requirements. Never before has OSHA staff been so focused on a single health risk.”

The agency has issued at least nine workplace guidance notices since March 9, including a joint statement April 26 with the federal Centers for Disease Control and Prevention intended to protect workers in meatpacking and processing industries. Guidance for construction workers was issued this week.

As of May 21, OSHA has received nearly 4,300 safety and health complaints related to COVID-19, of which about 3,000 have been closed, Sweatt said. The agency also has received more than 1,300 COVID-19 whistleblower complaints, she said. OSHA screens every complaint it receives and investigates all timely complaints within its jurisdiction, Sweatt said.

The AFL-CIO, which represents more than 12 million workers, said thousands of workers have been infected on the job through exposure to infected patients, co-workers and unscreened members of the public. As the economy reopens and more people return to work, COVID-19 cases and deaths are likely to increase, the union said.

“It’s truly a sad day in America when working people must sue the organization tasked with protecting our health and safety,” said AFL-CIO President Richard Trumka.

A group of Senate Democrats, meanwhile, asked the Labor Department’s inspector general to investigate OSHA’s inspections and citations related to COVID-19. The lawmakers, led by Sen. Elizabeth Warren, D-Mass., also want the watchdog to investigate OSHA’s decision not to put in place a temporary emergency standard to deal with the virus.

Since President Donald Trump’s March 13 declaration of a national emergency, citations issued by OSHA have dropped by nearly 70%, the senators said, and inspection rates have dropped dramatically.

Rep. Pramila Jayapal, D-Wash.., said she was stunned to learn OSHA is not tracking COVID-19 cases in workplaces.

“We’re months into a crisis that puts workers directly in harm’s way, yet OSHA is still not tracking infections,'' she said. ”This is unacceptable and is costing workers their lives. This incompetence must end."

Rep. Lloyd Smucker, R-Pa., said Democrats were trying to “pin OSHA as a scapegoat and place blame for the spread of a global pandemic on employers.” Such “misguided targeting” could cause even greater job losses, he said.