Federal safety regulators are investigating complaints that sunroofs on the Hyundai Veloster hatchback can shatter and shower people with glass. The National Highway Traffic Safety Administration says the probe affects about 18,000 cars from the 2012 model year. 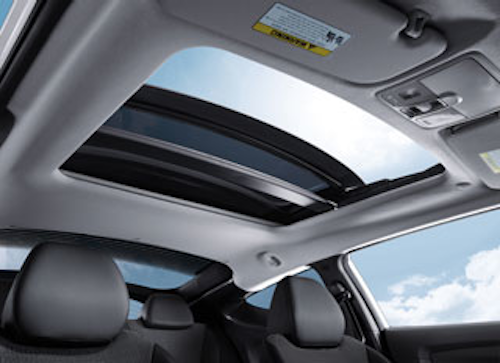 DETROIT (AP) — Federal safety regulators are investigating complaints that sunroofs on the Hyundai Veloster hatchback can shatter and shower people with glass.

The National Highway Traffic Safety Administration says the probe affects about 18,000 cars from the 2012 model year.

Eleven drivers have complained to the agency about panoramic roofs shattering. Seven said the cars were in motion at the time.

The U.S. safety agency says shattering glass could distract the driver and injure people in the car. There were no complaints of crashes. The agency says a few people reported minor scratches from the glass.

The agency will figure out whether the problem is bad enough to require a recall.