Ford Motor Co. is recalling more than 10,000 redesigned 2013 Escape SUVs to fix carpet padding that could get in the way of braking. 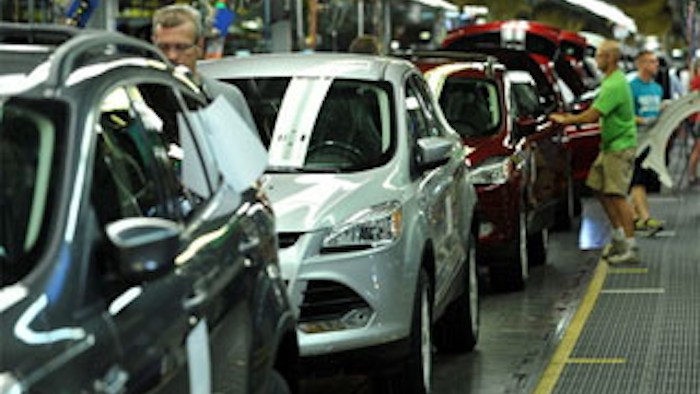 DETROIT (AP) — Ford Motor Co. is recalling more than 10,000 redesigned 2013 Escape SUVs to fix carpet padding that could get in the way of braking.

Ford says that wrongly positioned carpet padding could reduce space around the pedals and cause drivers to hit the side of the brake pedal when switching from the accelerator.

The auto maker told the National Highway Traffic Safety Administration that dealers will remove the carpet padding and replace a console trim panel at no charge.

Ford said the recall covered 8,266 vehicles in the U.S. Ford spokeswoman Marcey Zwiebel said it also affected about 2,000 vehicles in Canada and a couple hundred in Mexico.

Zwiebel said Ford had not received any reports of accidents or injuries related to the problem, which she said was discovered "through internal evaluations." The vehicles were built between March 8 and June 7 at Ford's assembly plant in Louisville, Ky.

The U.S. is the only fully industrialized country in the top 10 nations for total pollution deaths.
May 19th, 2022
Follow Us
Most Recent