Firefighters are evacuating people around a burning South Dakota ammunition company for fear that exploding ammunition could strike someone. 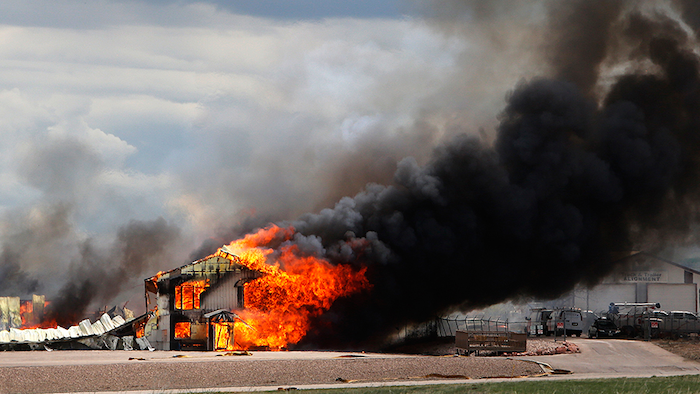 BOX ELDER, SD — Firefighters are evacuating people around a burning South Dakota ammunition company for fear that exploding ammunition could strike someone.

The blaze was reported around 10:40 a.m. Tuesday at the Ultramax Ammunition company in Box Elder, just east of Rapid City.

Rapid City Fire Department spokesman Lt. Jim Bussell says the building has been evacuated and several other businesses in the area have closed. Authorities also are evacuating people around the facility, but it wasn't immediately clear how many people were being asked to leave.

The Rapid City Journal reports that the facility contains millions of rounds of ammunition and that firefighters have established a half-mile "standoff distance."

Photos of the scene show the facility engulfed in flames and billowing black smoke.

He alleges that his paralyzed leg wasn't properly secured while he was on the ride.
Sep 7th, 2021
Follow Us
Most Recent