A Houston-area chemical plant that lost power after Harvey engulfed the area in extensive floods was rocked by two explosions early Thursday, the plant's operator said. 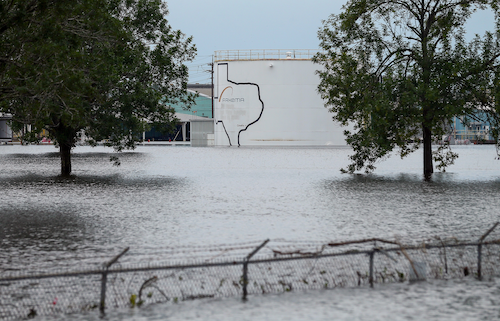 Arkema Inc. said in a statement on its website that the Harris County Emergency Operations Center reported two explosions and black smoke coming from the plant at about 2 a.m.

Authorities have not released information on how dangerous the explosions were or whether they sparked a fire at the Arkema plant in Crosby, Texas. An AP photographer at a roadblock about 2 miles (3 kilometers) from the scene could see no sign of a blaze at the chemical plant as the sun rose Thursday morning. 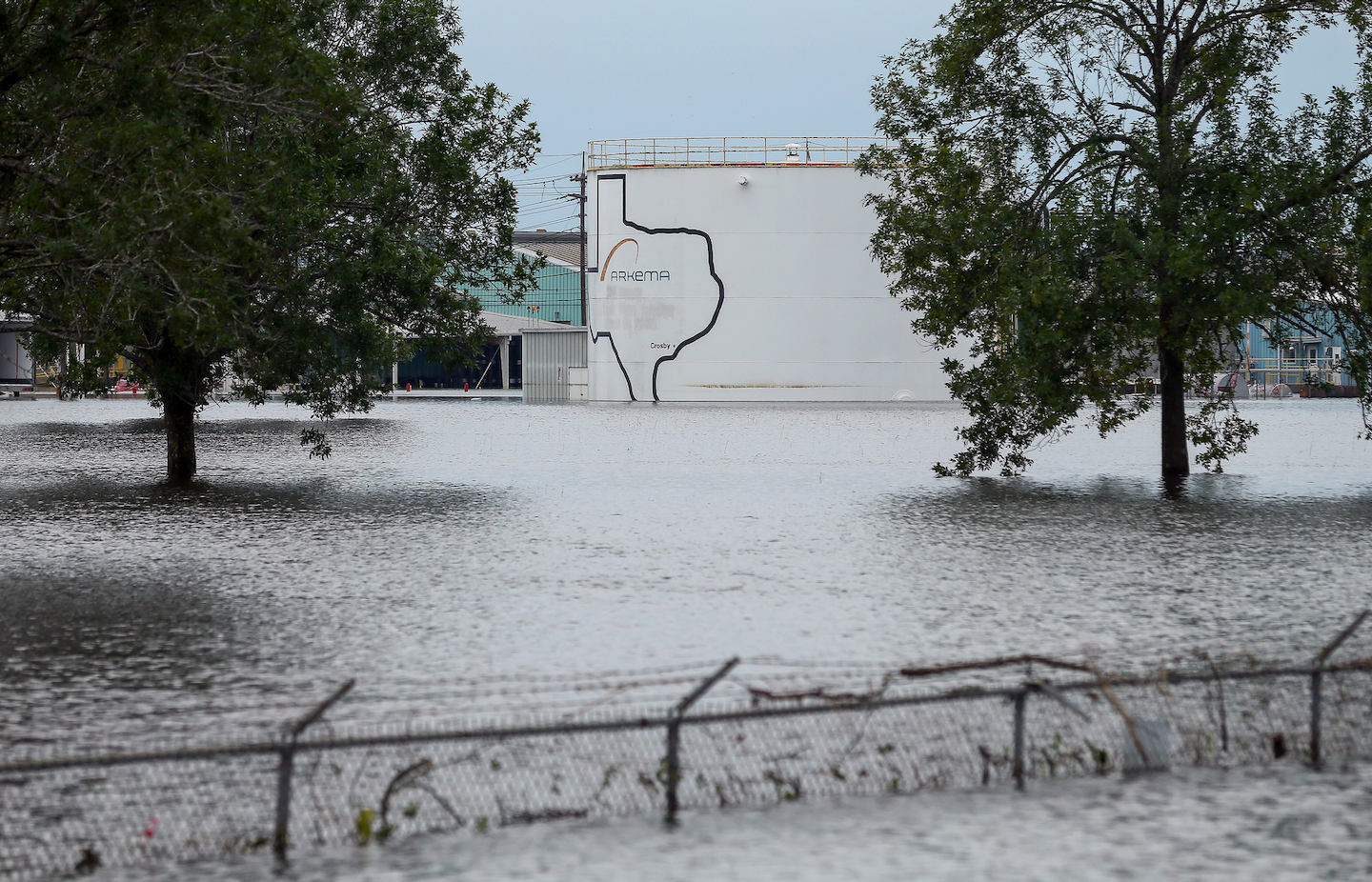 The Harris County Fire Marshal's Office said there had been "a series of chemical reactions" at the plant and advised people to stay away from the area.

A plant spokeswoman said late Wednesday that the flooded facility had lost power and backup generators due to the flooding, leaving it without refrigeration for chemicals that become volatile as the temperature rises. The plant is about 25 miles (40 kilometers) northeast of Houston.

"The fire will happen. It will resemble a gasoline fire. It will be explosive and intense in nature," spokeswoman Janet Smith told The Associated Press late Wednesday.

There was "no way to prevent" the explosion, chief executive Rich Rowe said earlier Wednesday.

Arkema manufactures organic peroxides, a family of compounds used for making a variety of products including pharmaceuticals and construction materials.

"As the temperature rises, the natural state of these materials will decompose. A white smoke will result, and that will catch fire," Smith said. "So the fire is imminent. The question is when."

Harvey struck Southeast Texas last week, slamming into the coast as a Category 4 hurricane, then weakening to a tropical storm that dumped record amounts of rain on the state, in particular the Houston area. The storm was downgraded to a tropical depression late Wednesday.

The company shut down the Crosby site before Harvey made landfall last week, but a crew of 11 had stayed behind. That group was removed and residents living within a 1.5-mile (2.4-kilometer) radius were told to evacuate Tuesday after the plant lost power.

Harris County Fire Marshal spokeswoman Rachel Moreno said late Wednesday that the 1.5-mile radius was developed in consultation with the U.S. Department of Homeland Security and other subject-matter experts.

"The facility is surrounded by water right now so we don't anticipate the fire going anywhere," Moreno said.

The plant falls along a stretch near Houston that features one of the largest concentrations of refineries, pipelines and chemical plants in the country.

Arkema was required to develop and submit a risk management plan to the U.S. Environmental Protection Agency, because it has large amounts of sulfur dioxide, a toxic chemical, and methylpropene, a flammable gas. The plans are supposed to detail the effects of a potential release, evaluate worst-case scenarios and explain a company's response.

In its most recently available submission from 2014, Arkema said potentially 1.1 million residents could be impacted over a distance of 23 miles (37 kilometers) in a worse case, according to information compiled by a nonprofit group and posted on a website hosted by the Houston Chronicle.

But, Arkema added, it was using "multiple layers of preventative and mitigation measures" at the plant, including steps to reduce the amount of substances released, and that made the worst case "very unlikely."

Daryl Roberts, the company's vice president of manufacturing, technology and regulatory services in the Americas, did not dispute that worst-case scenario but said that assumed all the controls in place failed and strong winds blew directly toward Houston, the nation's fourth-largest city.

"We have not modeled this exact scenario but we are very comfortable with this 1.5-mile radius," Roberts told the AP. He added that it mostly resembled less serious scenarios that would affect a half-mile radius and a few dozen people.

Roberts said the vessels containing the organic peroxide are equipped with controls to slow the release of chemicals. He said the chemicals will quickly vaporize because of the water, reducing the size and scope of the fire.