On May 6, 2014, Purina filed a lawsuit against Blue Buffalo for false advertising after testing revealed the presence of poultry by-product meal in some of Blue Buffalo's top selling pet foods. Blue Buffalo's CEO responded by immediately claiming the testing was "Voodoo Science." 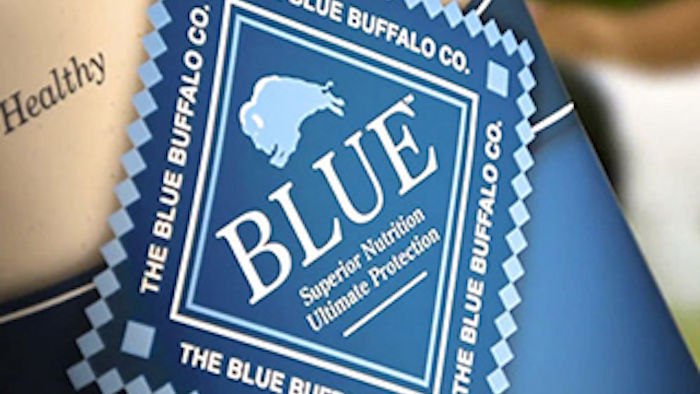 ST. LOUIS (PRNewswire) — Purina issued the following response to Blue Buffalo's admission in court yesterday that a "substantial" and "material" portion of Blue Buffalo pet food sold to consumers contained poultry by-product meal, despite pervasive advertising claims to the contrary. Blue Buffalo asked the Court for additional time to file an Amended Complaint in the litigation, naming its ingredient suppliers as Defendants.

"Despite this admission, Blue Buffalo still has not informed consumers of the presence of poultry by-product meal in Blue Buffalo pet food, refuses to accept responsibility for the product it sold, and is instead blaming its suppliers," said Keith Schopp, a spokesperson for Nestlé Purina Petcare.

No small company, it is estimated that Blue Buffalo sells over a billion dollars of pet food at retail and well over 10 million bags annually.

"Through a $50 million annual advertising campaign that flooded airwaves and pet food aisles alike, Blue Buffalo told consumers over and over, emphatically and without qualification, that its products never contain poultry by-product meal," said Schopp.

"Yet none of these claims were true," said Schopp.

Schopp added: "Blue Buffalo now claims it had no way of knowing the bags contained by-product meal. A manufacturer is responsible for knowing what's in its product, and a simple audit of its supply chain would have revealed what we discovered after reviewing the documentation.

"Blue Buffalo owes consumers an apology for all the false statements, false labels, and false advertising. More than this, it is time for Blue Buffalo to be transparent with the public and prove to their 'pet parents' that no mislabeled product remains on shelves."

There have been a disproportionate number of crashes and related deaths.
May 27th, 2020
Follow Us
Most Recent