Research: Retail Meat is a Potential Vehicle For Disease-Causing Bacteria

Chicken, turkey and pork sold in grocery stores harbors disease-causing bacteria known as Klebsiella pneumoniae, according to a new study. 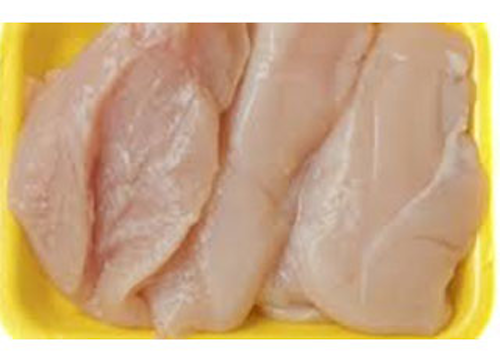 WASHINGTON, DC — Chicken, turkey and pork sold in grocery stores harbors disease-causing bacteria known as Klebsiella pneumoniae, according to a new study. The research, which was published online today in the journal Clinical Infectious Diseases, shows that contaminated meat may be an important source of human exposure to Klebsiella.

The U.S. food safety system has traditionally focused on a few well-known bacteria likeListeria, Salmonella and Campylobacter, which cause millions of cases of food poisoning every year. The research published today suggests that Klebsiella may need to be added to the list of risky bugs in food products.

"This study is the first to suggest that consumers can be exposed to potentially dangerousKlebsiella from contaminated meat," said Lance B. Price, PhD, lead author of the study and a professor of environmental and occupational health at Milken Institute School of Public Health (Milken Institute SPH) at the George Washington University. "The U.S. government monitors food for only a limited number of bacterial species, but this study shows that focusing on the 'usual suspects' may not capture the full scope of foodborne pathogens."

The multi-center study was led by Price and scientists at Milken Institute SPH. Other authors on the study include researchers from Translational Genomics Research Institute, Flagstaff Medical Center, the VA Healthcare System-Minneapolis, Statens Serum Institut in Copenhagen, the University of Minnesota, and the Johns Hopkins University School of Medicine.

To better understand potential contributions of foodborne Klebsiella pneumonia to human clinical infections, the multi-center research team compared K. pneumoniae isolates from retail meat products and human clinical specimens to assess their similarity based on whole genome sequencing. They first looked at turkey, chicken and pork products being sold in nine major grocery stores in Flagstaff, Arizona, in 2012. Then the team analyzed urine and blood samples taken from Flagstaff area residents who were suffering from infections during the same time period.

Price and his colleagues found that 47 percent of the 508 meat products purchased from grocery stores in 2012 harbored Klebsiella--and many of the strains recovered were resistant to antibiotics. Agricultural operations often give food animals antibiotics to make them grow faster and to prevent diseases, a practice that can create conditions ideal for the emergence of resistant strains of Klebsiella, Price says.

At the same time, the team found Klebsiella, including resistant strains, comprised 10 percent of the 1,728 positive cultures from patients with either urinary tract or blood infections in the Flagstaff area. The researchers used whole-genome DNA sequencing to compare theKlebsiella isolated from retail meat products with the Klebsiella isolated from patients and found that some isolate pairs were nearly identical.

"As an infectious disease doctor, I have encountered Klebsiella pneumoniae in my patients. We tend to think of this organism as being one that individuals carry naturally, or acquire from the environment," says James R. Johnson, MD, a co-author of the study and a professor of Medicine at the University of Minnesota. "This research suggests that we also can pick up these bacteria from the food we eat."

Price, who recently launched the Antibiotic Resistance Action Center (ARAC) at Milken Institute SPH, added, "Now we have another drug resistant pathogen in the food supply, underscoring the public health concern regarding antibiotic use in food animal production. This study is one of the many reasons we launched ARAC. We want to quantify the relationship between antibiotic use in food animal production and antibiotic-resistant infections in people. Meanwhile, there is one big thing that can be done to protect human health in relation to antibiotic-resistant foodborne bacteria: stop overusing antibiotics in food-animal production."