Subway's chief marketing officer Tony Pace is leaving the company to start a marketing consultancy. The news comes nearly two weeks after the home of the chain's long-time pitchman Jared Fogle was raided by federal and state authorities. 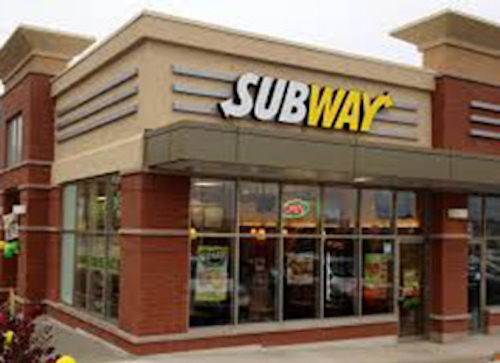 The news comes nearly two weeks after the home of the chain's long-time pitchman Jared Fogle was raided by federal and state authorities. Pace said in a phone interview Monday his departure is unrelated to that matter and that he had been talking with the company about the move for "awhile." Subway did not immediately provide any other details beyond confirming the move.

Pace said his departure from Subway is slated to be effective Sept. 30 and that the company is conducting a search for a replacement. He said he will continue as chairman of the Association of National Advertisers. He joined Subway in 2006 and was named its chief marketing officer in 2012.

On July 7, Fogle's home was raided by federal and state authorities. Later that same day, Subway said it mutually agreed with Fogle to suspend their relationship.

Pace said he was "integrally involved" in the handling of the Fogle situation.

The FBI hasn't provided details on why Fogle's home was raided. But Subway has said it believed it was tied to a previous investigation of a former employee of Fogle's foundation. In May, the foundation's former executive director Russell Taylor had been arrested on child pornography charges.

Pace's departure from Subway comes as the chain's sales have struggled. Last year, the average sales volume for Subway restaurants in the U.S. fell 3 percent from the previous year, according to market researcher Technomic.