Consumer Reports' investigation comes as food poisonings are striking an estimated 48 million people in the U.S. each year with beef being a top cause of outbreaks. 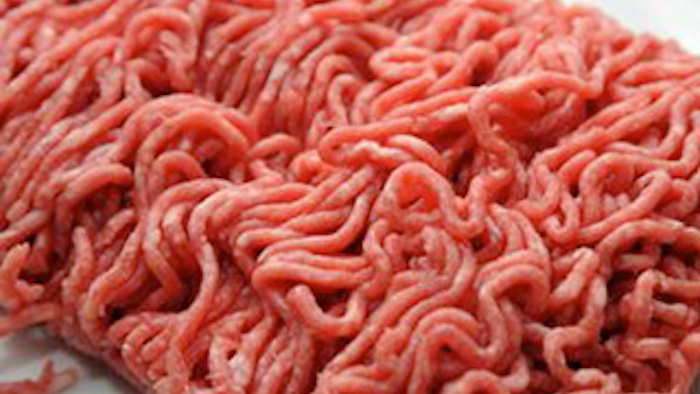 YONKERS, N.Y., Aug. 24, 2015 (PRNewswire-USNewswire) — In Consumer Reports new tests of ground beef, 18 percent of the beef samples from conventionally-raised cows contained dangerous superbugs resistant to three or more classes of antibiotics used to treat illness in humans compared with just 9 percent of beef from samples that were sustainably produced.

Consumer Reports' investigation comes as food poisonings are striking an estimated 48 million people in the U.S. each year with beef being a top cause of outbreaks. Compounding the issue, Americans often prefer their beef on the rare side. The grinding process used to produce ground beef can distribute bacteria throughout the meat and if it's not cooked properly through to the center, the potential for getting sick increases.

The full article, "How Safe is Your Beef," which includes the complete test findings, food labels to look for when shopping for beef, and more, is available at ConsumerReports.org/cro/beefsafety and in the October issue of Consumer Reports, on newsstands September 3rd.

For its investigation, Consumer Reports purchased 300 packages – 458 pounds – of conventionally and sustainably produced ground beef from grocery, big-box, and natural food stores in 26 cities across the country. The samples were tested for five common types of bacteria associated with beef—Clostridium perfringens, E. coli (including O157 and six other toxin-producing strains), Enterococcus, Salmonella, and Staphylococcus aureus.

This testing, which is among the largest conducted to date, found bacteria on all of the beef samples. However, ground beef from cows raised more sustainably was significantly less likely to have two potentially harmful bacteria (S. aureus and E.coli) than those from cows raised conventionally. In our analysis, the sustainably-produced beef came from cows that were raised without antibiotics and in some cases were either organic, grass-fed, or both. Beef from grass-fed and organic cows have access to pasture, are fed a grass-based diet, and are treated more humanely. Conventional cows can live on feedlots, be regularly fed antibiotics, as well as animal waste and other by-products.

"Better ways of producing beef from farm to fork have real impact on the health and safety of our food and the animals themselves," said Urvashi Rangan, Ph.D., executive director of the Center for Food Safety and Sustainability at Consumer Reports. "Farming animals without antibiotics is the first step toward a more sustainable system. Grassfed animals and good welfare practices produce fewer public health risks."

Other significant findings from Consumer Reports tests include:

Consumer Reports' findings demonstrate that there are better choices for consumers and sustainable options were available in all but one city in which the beef samples used for testing were purchased. Consumers should read labels to guide their purchases.  Meaningful labels include "no antibiotics," "grass-fed," "organic," and "American Grassfed Association."  Among the best options to choose are beef products labeled "grass-fed organic," which ensures the cattle have not been fed grain and eat only organically grown grass and forage and have not received any antibiotics or hormones. There are also meaningful animal welfare labels available to consumers.

No matter what ground beef consumers buy, cooking it to 160 degrees Fahrenheit should kill harmful bacteria. Meat should be stored properly before and after cooking since bacteria can multiply rapidly at temperatures above 40 degrees. If you're reheating leftover burgers or a casserole with ground beef, get it to 165 degrees.

Consumer Reports says the federal government needs to take action to help protect public health and is urging the U.S. Food & Drug Administration (FDA) and U.S. Department of Agriculture (USDA) to do the following:

The full article, "How Safe is Your Beef," is available at ConsumerReports.org/cro/beefsafety and in the October issue of Consumer Reports, on newsstands September 3rd. A more detailed scientific report can also be accessed at www.greenerchoices.org/beef.

About Consumer Reports
Consumer Reports is the world's largest and most trusted nonprofit, consumer organization working to improve the lives of consumers by driving marketplace change. Founded in 1936, Consumer Reports has achieved substantial gains for consumers on health reform, food and product safety, financial reform, and other issues. The organization has advanced important policies to cut hospital-acquired infections, prohibit predatory lending practices and combat dangerous toxins in food. Consumer Reports tests and rates thousands of products and services in its 50-plus labs, state-of-the-art auto test center and consumer research center. Consumers Union, a division of Consumer Reports, works for pro-consumer laws and regulations in Washington, D.C., the states, and in the marketplace. With more than eight million subscribers to its flagship magazine, website and other publications, Consumer Reports accepts no advertising, payment or other support from the companies whose products it evaluates.