The government shutdown has slowed or halted federal efforts to protect Americans' health and safety, from probes into the cause of transportation and workplace accidents to tracking foodborne illness. The latest example: an outbreak of salmonella in chicken that has sickened people in 18 states. 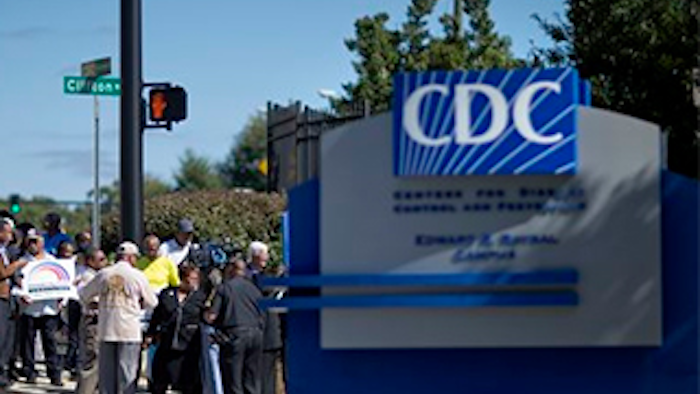 WASHINGTON (AP) — The government shutdown has slowed or halted federal efforts to protect Americans' health and safety, from probes into the cause of transportation and workplace accidents to tracking foodborne illness. The latest example: an outbreak of salmonella in chicken that has sickened people in 18 states.

The federal Centers for Disease Control and Prevention said Tuesday that it was recalling some of its furloughed staff to deal with the outbreak, which has sickened more than 270 people. Before then, the CDC had only a handful of scientists working on outbreak detection, severely hampering its ability to track potentially deadly illnesses

With federal workers on leave, the states have had to pick up much of the slack.

In the case of food safety, state labs are investigating foodborne illnesses and communicating with each other — without the help of federal authorities, in many cases — to figure out whether outbreaks have spread.

Dr. Christopher Braden, head of the CDC division that investigates foodborne illness, said the agency will be able to better monitor the salmonella outbreak with the recalled federal staff. But the agency is monitoring more than 30 outbreaks, and gaps still exist as the federal bureaucracy limps through a shutdown beginning its second week.

"There's a backlog, and the team is going to have to work diligently and long hours to try and overcome that," Braden said. "It's possible we may find something we've missed, and when that's the case it's harder to start investigations later than earlier."

With staff furloughed last week, the CDC stopped monitoring for some foodborne pathogens, including shigella and campylobacter. The agency is now watching for those again, but Braden said some investigations are still on the back burner, including an ongoing outbreak of salmonella from handling live poultry that has sickened more than 300.

CDC isn't the only agency protecting health and safety that's strained. The shutdown has forced the federal Mine Safety and Health Administration to halt its regular mine safety inspections, which it normally conducts at each of the nation's underground mines every three months.

The lack of inspections is coming under scrutiny after three mine workers died in separate accidents on three consecutive days during the past week. The coal mining industry has not had three consecutive days of fatal accidents in more than a decade. MSHA has said it's premature to draw any conclusions about the link between the shutdown and the accidents, but the nation's largest mine workers union has raised alarms.

"The government's watchdog isn't watching," United Mine Workers President Cecil Roberts said. "Safety violations that would normally be caught and corrected as a result of those inspections are being missed. Even the smallest violations, when allowed to accumulate, can lead to dangerous conditions very quickly in a coal mine."

Federal occupational safety and health inspectors also have stopped most workplace checks, and the National Transportation Safety Board is only investigating accidents if officials believe lives or property are in danger.

The Food and Drug Administration also has stopped routine inspections of food facilities in the United States and abroad, and border controls could be delayed. Food imports are still being inspected at borders, but any samples that need to be analyzed could be stalled because there are fewer scientists to analyze them.

The CDC also has had to halt its surveillance of flu, an infectious disease that kills about 24,000 Americans in an average year.

This early in the flu season there is little illness, meaning little to test yet. But to fill in the gap, some state health departments have been receiving and testing samples that otherwise would have gone to CDC, said Kelly Wroblewski of the Association of Public Health Laboratories.

CDC also is slashing its staffing on quarantine stations at 20 airports and entry points. When airline pilots or customs workers become aware of a sick traveler, they flag quarantine officers who can detain, examine and isolate those who might be an infectious threat to the U.S. public.

During the shutdown, quarantine station staff has been cut by 80 percent, meaning there's essentially only one person working at each station, said Dr. Martin Cetron, who leads CDC's division of global migration and quarantine. The lack of staff could heighten the possibility that some diseases could slip into the country at a time when measles is raging in Turkey and cholera is breaking out in Mexico.

Still, many federal workers who protect safety and health are still working, from air traffic controllers to airport screeners to the majority of federal law enforcement. Active duty military personnel are on duty. USDA's Food Safety Inspection Service, the agency responsible for investigating the poultry farm in California that is linked to the salmonella outbreak, is also mostly staffed.

But the absence of so-called nonessential workers who are furloughed can have a dangerous ripple effect, said Caroline Smith DeWaal, director of food safety advocacy at the Washington-based Center for Science in the Public Interest.

She noted that the CDC website has limited information and the USDA website is shut down, preventing concerned members of the public from finding out more information on the salmonella outbreak and other foodborne illnesses. The agencies aren't tweeting or disseminating health safety information except for a few releases to the media.

"This outbreak is just another example that requiring public health officials to make the choices about who to keep and who to send home can really have huge impacts on not only the individuals involved but on public health and safety," said Smith DeWaal. "These agencies are always running behind, and the idea that you can just shut them down is just foolish."