The World Health Organization is recommending that consumers reduce their daily sugar intake to just 5 percent of their total calories — half of what the agency initially suggested, according to new draft guidelines published Wednesday. 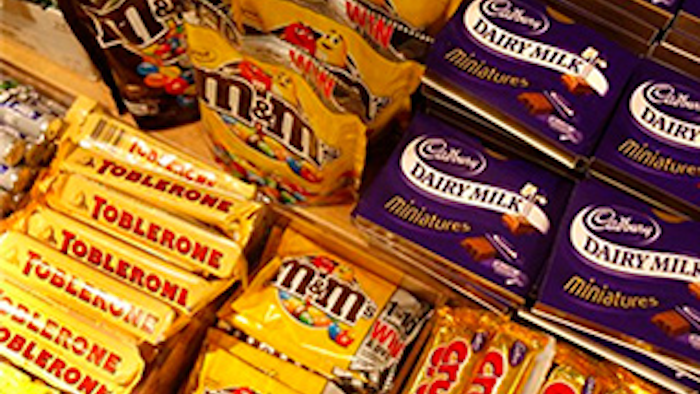 LONDON (AP) — Just try sugar-coating this: The World Health Organization says your daily sugar intake should be just 5 percent of your total calories — half of what the agency previously recommended, according to new draft guidelines published Wednesday.

After a review of about 9,000 studies, WHO's expert panel says dropping sugar intake to that level will combat obesity and cavities. That includes sugars added to foods and those present in honey, syrups and fruit juices, but not those occurring naturally in fruits.

"We should aim for 5 percent if we can ... but 10 percent is more realistic," he said in a news conference on Wednesday.

Americans and others in the West eat a lot more sugar than that: Their average sugar intake would have to drop by two-thirds to meet WHO's suggested limit.

WHO's new guidelines have been published online and the agency is inviting the public to comment via its website until the end of March.

Many doctors applauded the U.N. agency's attempt to limit the global sweet tooth.

"The less sugar you're eating, the better," said Dr. Robert Lustig, a professor of pediatrics at the University of California and author of a book about the dangers of sugar. "If the sugar threshold is lowered, I think breakfast cereal is going to have a really hard time justifying its existence," he said, referring to sweetened cereals often targeted to children.

When WHO last revised its sugar guidelines more than a decade ago, it recommended sugar should be less than 10 percent of daily calories. The U.S. sugar industry was so incensed it lobbied Congress to threaten to withdraw millions of dollars in funding to WHO. A contentious reference to the sugar limit was removed from a global diet strategy, but the recommendation passed.

WHO's expert group found high sugar consumption is strongly linked to obesity and tooth decay. It noted that heavy people have a higher risk of chronic diseases, responsible for more than 60 percent of global deaths. Dental care costs up to 10 percent of health budgets in Western countries and cause significant problems in the developing world.

WHO warned many of the sugars eaten today are hidden in processed foods, pointing out that one tablespoon of ketchup contains about one teaspoon of sugar and that for some people, including children, drinking a single can of sweetened soda would already exceed their daily sugar limit.

There is no universally agreed consensus on how much sugar is too much.

The American Heart Association advises limiting sugar to about 8 percent of your diet, or six teaspoons a day for women and nine for men. A study led by the U.S. Centers for Disease Control and Prevention published last month found too much sugar can raise the chances of fatal heart problems. Researchers found the average American gets about 15 percent of their calories from sugar, similar to other Western nations.

New nutrition labels proposed in the U.S. will also require food manufacturers to list any added sugars, plus a more prominent calorie count.

Earlier this week, Britain's chief medical officer, Dr. Sally Davies, said she thought sugar might be addictive and that the government should consider introducing a sugar tax to curb bulging waistlines. The U.K. has one of the fattest populations in Western Europe.

"We have a generation of children who, because they're overweight ... may not live as long as my generation," she told a health committee. "They will be the first generation that lives less and that is of great concern."