An explosion at a chemical factory in western India on Thursday killed at least two people and injured more than 120, officials said. 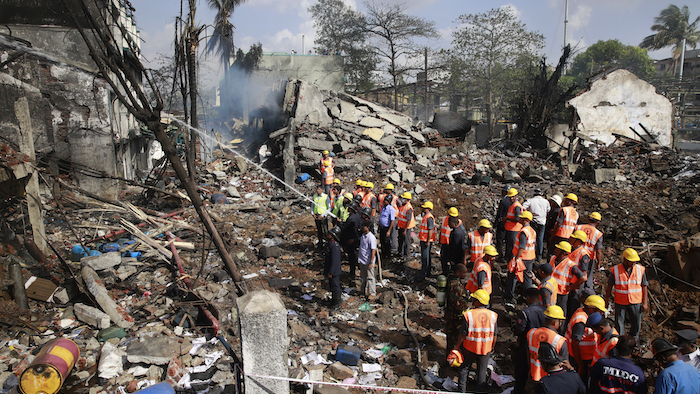 NEW DELHI (AP) — An explosion at a chemical factory in western India on Thursday killed at least two people and injured more than 120, officials said.

The powerful explosion, caused by a malfunction in the factory's boiler, shattered windows in buildings near the factory in Dombivli in Maharashtra state.

Government spokesman Anirudh Ashtaputre said a fire at the site was contained by early evening. The explosion reduced the two-story structure to rubble.

No other details were immediately available.