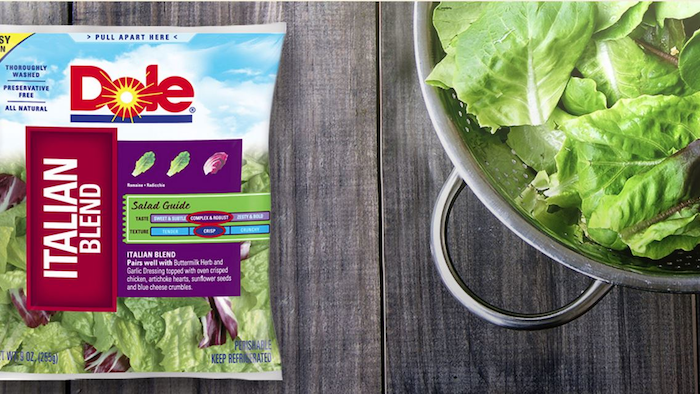 The Centers for Disease Control and Prevention said one person died and about a dozen others were sickened from a listeria outbreak linked to packaged salads made at a Dole processing facility.

The salads were made in Springfield, Ohio, the CDC said. Those infected were spread in six states: Indiana, Massachusetts, Michigan, New Jersey, New York and Pennsylvania.

The CDC said the packaged salads made by Dole are the likely source of the outbreak. The salads are sold under several brands, including Dole, Fresh Selections, Simple Truth, Marketside, The Little Salad Bar and President's Choice. The manufacturing code on the package starts with the letter "A." The CDC says customers should not eat those bags.

Dole stopped all production at the Ohio facility on Thursday, the CDC said.