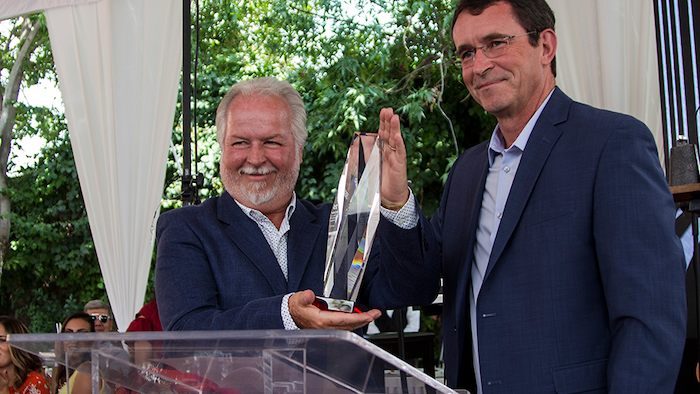 On July 17, Corporación Raymond de México held a celebration at its main facility in Queretaro, Mexico. Raymond CEO Michael Field presented Director General Carlos Merlo with an honorary crystal memento to celebrate the occasion. Executives from Raymond headquarters in Greene, New York, were in attendance as well as more than 200 celebrants, which included employees, vendors and special guests. 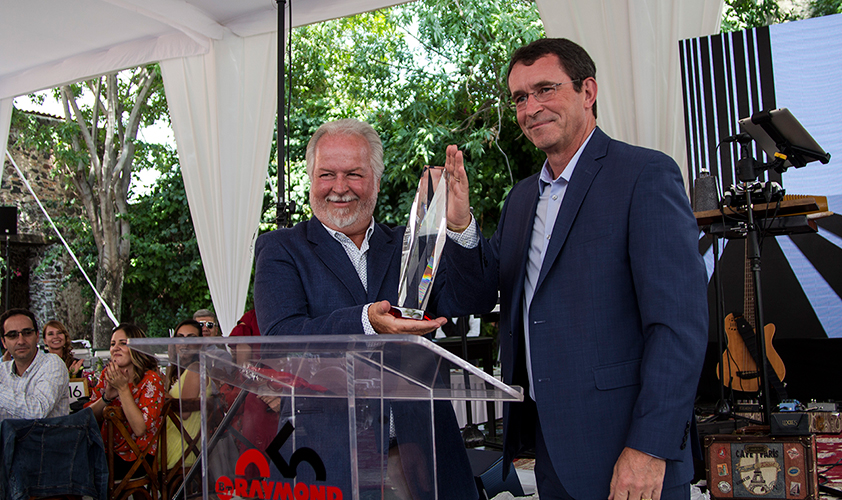 “Raymond is proud to celebrate the anniversary of Corporación Raymond de México that spans a quarter of a century — and showcases the global growth of our industry,” said Michael Field, CEO, Raymond. “We look forward to continued success by working together to deliver innovation, quality and service to our global customers.”