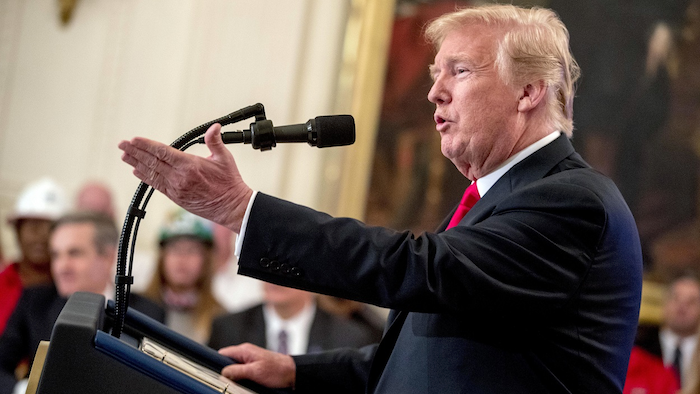 In this July 19, 2018 file photo, President Donald Trump speaks before signing an Executive Order that establishes a National Council for the American Worker during a ceremony in the East Room of the White House in Washington. Image credit: AP Photo/Andrew Harnik, File

Speaking during a Cabinet meeting Thursday, Trump said he's directing Sessions to file a separate lawsuit, rather than joining existing lawsuits filed by states affected by the spread of the often-lethal, highly-addictive drugs.

Trump is asking Sessions to look out for opioids coming into the U.S. from China and Mexico, saying those countries are "sending their garbage and killing our people."

Trump added: "It's almost a form of warfare."

It was not immediately clear if or when a federal suit would be filed. A barrage of suits have been filed nationwide against distributors and manufacturers in recent months amid the opioid epidemic.