The Palo Alto, California, company said that a new battery, new tires, and other improvements will boost the car's range 40 to 50 percent compared to the original. 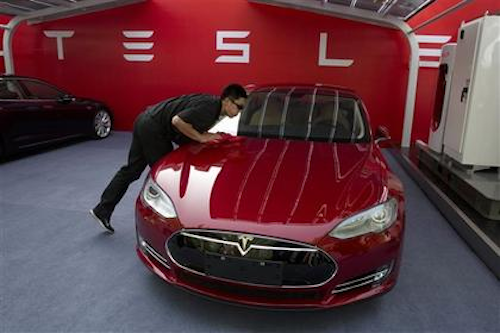 Tesla said improvements it is making to its older Roadster model will let the electric car travel about 400 miles on a single charge.

The Palo Alto, California, company said that a new battery, new tires, and other improvements will boost the car's range 40 to 50 percent compared to the original.

Tesla plans to demonstrate the higher range with a drive from San Francisco to Los Angeles — about a 400-mile trip — early next year.

Tesla stopped making Roadsters in 2012, the year it introduced the Model S.

The company said not to expect any major upgrades in the battery or range of its Model S "in the near term." Musk said that upgrade will happen eventually.

The Model S comes with two battery options. The larger battery has a range of 265 miles, according to EPA testing.