Trade Deals Wipes Out Tariffs On More Than 200 Tech Products

Dozens of countries have agreed to abolish duties on more than 200 technology products — from advanced computer chips to GPS devices, printer cartridges and video-game consoles. 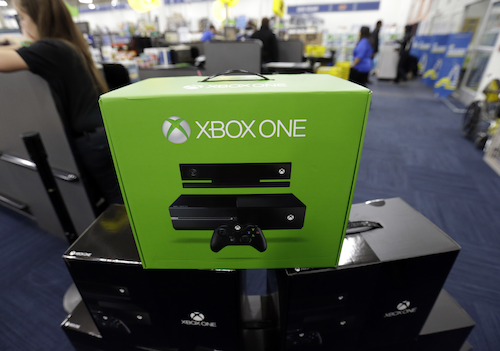 The deal is an expansion of the 1997 Information Technology Agreement, which includes 80 WTO member countries. The updated accord covers products that generate $1 trillion in annual global revenue, including $100 billion a year for American companies.

That worldwide total is equal to global trade in iron, steel, textiles and clothing combined, according to the WTO.

Not all 161 WTO member countries signed on to the expanded deal. But all will benefit because it eliminates the tariffs on dozens of tech products no matter which WTO country they come from. Tariffs are taxes imposed on imported goods.

Dean Garfield, president of the Information Technology Industry Council trade group in Washington, said the deal "will open markets, create jobs and spur economic growth around the world, as well as bring down costs for consumers."

Talks on revising the technology agreement began in 2012. The breakthrough occurred when the U.S. and China worked out most of their differences during Chinese President Xi Jinping's visit to Washington last November.

Negotiators still must complete technical details and a timetable for eliminating the tariffs. The work is expected to be complete by the time WTO members meet in Nairobi, Kenya, in December.