Ford To Transition Up To 500 Workers To Higher Pay

Ford Motor Co. is moving several hundred U.S. hourly workers into a higher pay bracket after surpassing a cap on the number of lower-wage workers it can hire. 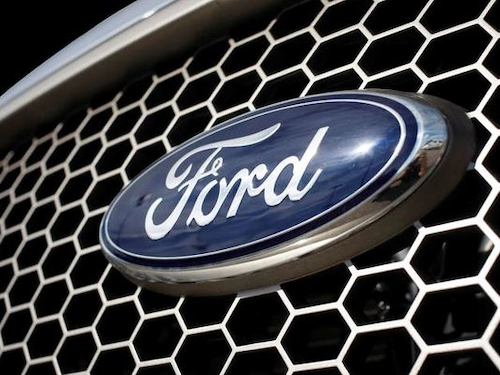 DETROIT (AP) — Ford Motor Co. is moving several hundred U.S. hourly workers into a higher pay bracket after surpassing a cap on the number of lower-wage workers it can hire.

Ford said Wednesday that up to 500 workers will transition from an entry-level wage of $19.28 per hour to a top-tier wage of $28.50 per hour over the next two months. The first workers will get word this week. The majority of the workers affected are at plants in Chicago; Kansas City, Missouri; and Louisville, Kentucky.

Ford, General Motors Co. and Chrysler Group — now Fiat Chrysler Automobiles — established separate wages and benefits for new employees and veteran ones as part of their 2007 contracts with the United Auto Workers union. Initially, there were caps on the number of lower-wage workers at each of the companies, but the caps at GM and Chrysler were suspended in 2009 as part of those companies' bankruptcy reorganizations.

Ford still has a cap of 20 percent, and it will surpass that this quarter with the hiring of 1,550 new workers to support pickup truck production in Kansas City and Michigan, according to Bill Dirksen, Ford's vice president of labor affairs. Ford has a total of 50,000 hourly workers.

Two-tier wages, established when the Detroit automakers were losing money, have been a sore point for some in the UAW, especially now that the automakers are profitable again. UAW President Dennis Williams has vowed to try to bridge the gap between entry-level pay — which starts around $16 per hour — and top-tier pay during contract talks with the automakers later this year.

But Dirksen says the lower wages are making the companies more competitive and allowing them to invest in plants and products and hire even more workers. Ford has hired more than 15,000 workers since 2011, surpassing hiring goals it set with the union.

"The entry level agreement is working," Dirksen told The Associated Press. "It's working for the company, for being more competitive, and it's working for employees and their own career progression."

Dirksen said Ford will transition between 300 and 500 workers to the higher wage, depending on attrition rates at the plants, market demand for the new pickups and other factors. The workers are currently making around $40,100 annually at the top scale for entry-level workers; they will make around $59,280 at the new level.

Jimmy Settles, the UAW's top Ford negotiator, called the transition to higher wages "a major milestone." He also applauded Ford's decision to hire more workers so it can speed up production of the new truck.

"These additional jobs will have an impact in communities all across our nation," Settles said in a statement.