The families of nine of the 26 people killed and a teacher injured two years ago at the Sandy Hook Elementary School filed a lawsuit against the manufacturer, distributor and seller of the rifle used in the shooting. 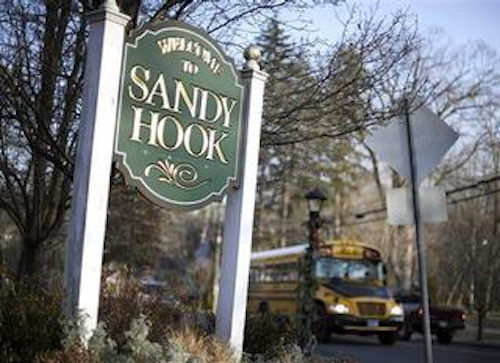 The families of nine of the 26 people killed and a teacher injured two years ago at the Sandy Hook Elementary School filed a lawsuit against the manufacturer, distributor and seller of the rifle used in the shooting.

The negligence and wrongful death lawsuit, filed Monday in Bridgeport Superior Court, asserts that the Bushmaster AR-15 rifle should not have been made publicly available because it is a military weapon unsuited for hunting or home defense.

"The AR-15 was specifically engineered for the United States Military to meet the needs of changing warfare," attorney Josh Koskoff said in a release. "In fact, one of the Army's specifications for the AR-15 was that it has the capability to penetrate a steel helmet."

In addition to Bushmaster, the families have named Camfour, a firearm distributor, and Riverview Gun Sales, the store where the Bushmaster rifle was purchased in 2010.

Messages seeking comment from the defendants were not immediately returned.

Bill Sherlach, whose wife, Mary, was killed in the shooting, said he believes in the Second Amendment, but believes the gun industry needs to be held to "standard business practices" when it comes to assuming the risk for producing, making and selling a product.

"These companies assume no responsibility for marketing and selling a product to the general population who are not trained to use it nor even understand the power of it," he said.

In 2005, Congress and President George W. Bush approved a federal law that shielded gun makers from lawsuits over criminal use of their products, with some exemptions.

In a lawsuit over the .223-caliber Bushmaster rifle used in the Washington, D.C.-area sniper shootings that killed 10 people in 2002, Bushmaster and a gun dealer agreed to pay $2.5 million to two survivors and six families in a 2004 settlement. It was the first time a gun manufacturer had agreed to pay damages to settle claims of negligent distribution of weapons, according to the Brady Center to Prevent Gun Violence.

In that settlement, Bushmaster paid $550,000 and a Washington state gun dealer, where the sniper's rifle came from, paid $2 million.

In 2002, a federal judge in California ruled that Bushmaster and other gun manufacturers were not responsible for a 1999 shooting spree that killed a postal worker and injured five people at a Jewish community center in Los Angeles. The judge said a lawsuit by the victims' families did not show a link between the gun makers and the shooting rampage.