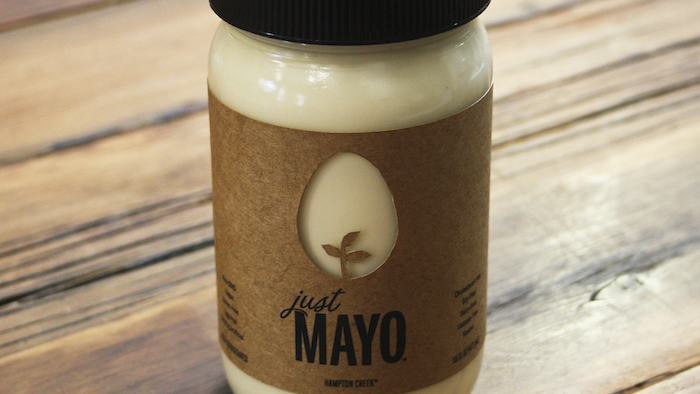 Hellman's mayonnaise maker Unilever has withdrawn its lawsuit against the maker of "Just Mayo."

The consumer-products giant, whose U.S. arm is based in Englewood Cliffs, New Jersey, had said that "Just Mayo" has no eggs and therefore doesn't meet the definition of mayonnaise. It argued that the word "mayo" implies that the product is mayonnaise, and that Hampton Creek was stealing market share from Hellman's.

Hampton Creek has said that it marketed its product as "mayo" rather than mayonnaise specifically to meet labeling regulations.

Unilever said Thursday that it decided to withdraw the lawsuit so that Hampton Creek can address its label directly with industry groups and regulatory authorities.

Hampton Creek has had "positive conversations" with industry groups and government officials, said the San Francisco-based company's CEO, Josh Tetrick. He said that Hampton Creek may make the word "just" larger on the label but has no plans to change the product's name or its labeling.

Just Mayo's label states that it doesn't contain eggs. The label features a white egg with a plant growing in front, which Tetrick has said is the company's way of showing that they use plants instead of chicken eggs.

Unilever, which also sells the Best Foods brand, holds the biggest share of the U.S. mayonnaise market, estimated to be worth $2 billion annually, according to market-research firm Euromonitor.

But some of its products aren't exactly mayonnaise either. Shortly after filing the lawsuit it tweaked references on its websites to products to refer to them as "mayonnaise dressing" rather than mayonnaise.

Tetrick said that the lawsuit has been a boon to Hampton Creek, boosting sales of Just Mayo and giving the company "the opportunity to tell our story to millions of people."

He commended Unilever for dropping the lawsuit, saying the company is "a classy bunch of people who realized that this isn't aligned with their corporate ethos."